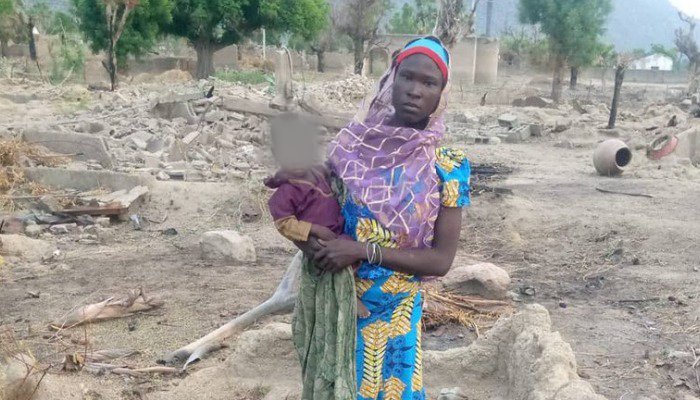 Troops of the 26 Task Force Brigade have reportedly rescued one Mary Ngoshe, who is believed to be one of the girls abducted from Government Girls Secondary School, Chibok, Borno State, on April 14, 2014.

Boko Haram insurgents had invaded the school and abducted 276 students.

While over 50 escaped, 100 were later rescued but many of them were unaccounted for.

Some of the rescued students were later found with babies.

In a tweet on Wednesday, the army said during patrol in Gwoza Local Government Area of Borno, Ngoshe was found with her child.

“Troops of 26 Task Force Brigade of the HQ Nigerian Army on patrol around Ngoshe in Borno State on 14 June 2022 intercepted one Mrs Mary Ngoshe and her son.”

“She is believed to be one of the abducted girls from GGSS Chibok in 2014. Further exploitation ongoing,” the tweet read.

The Chibok attack is the first coordinated assault on a school in Nigeria. After that incident, there have been mass kidnapping in different schools in the country.