Implications of the Long Electioneering Period

Picking Atiku As My Running Mate Was A Mistake – Obasanjo 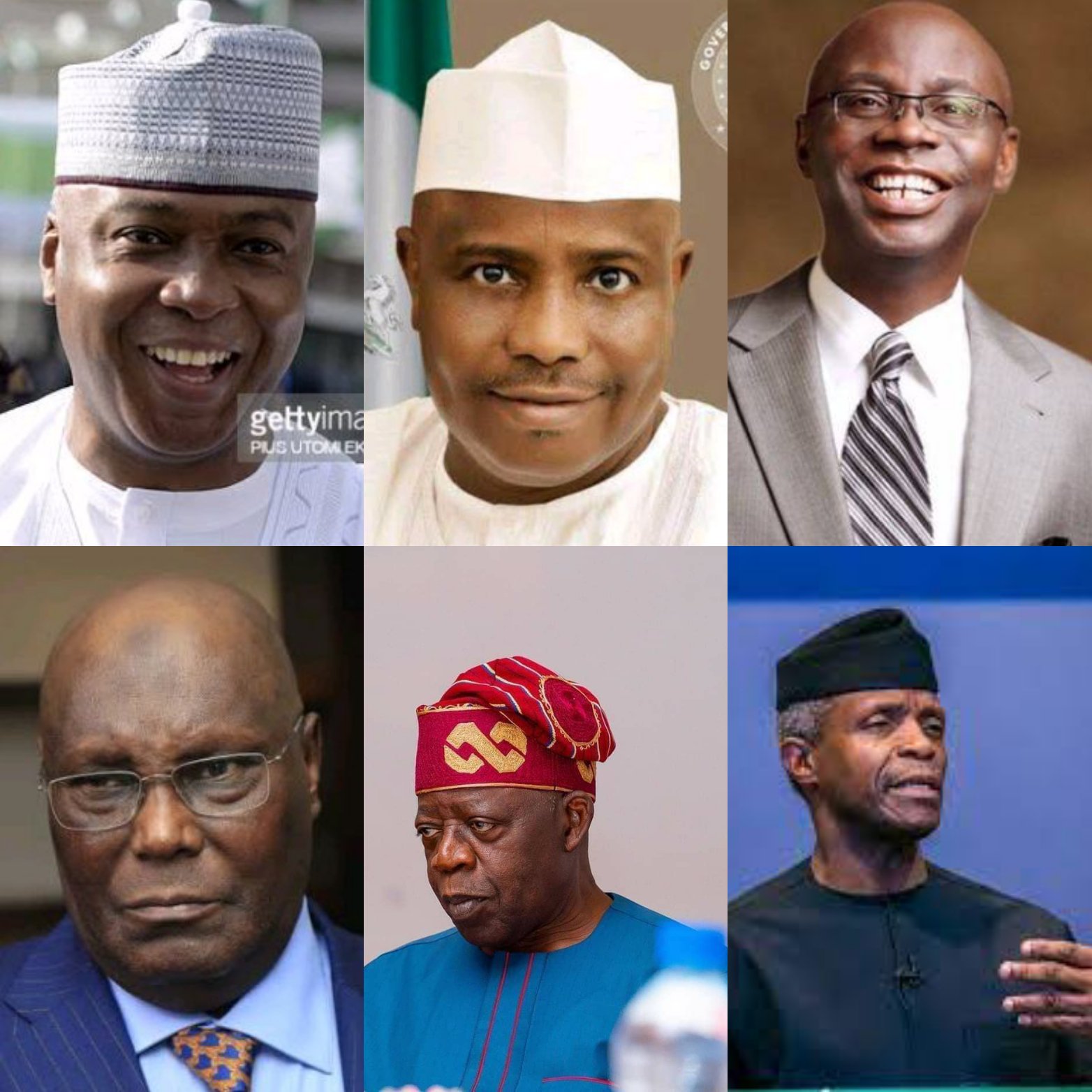 At the last count, more than thirty aspirants have signified interest in becoming the next president of Nigeria. Most of these aspirants are battling to be the flagbearers of the two leading political parties, the All Progressives Congress (APC) and the Peoples Democratic Party (PDP). This is not unexpected. Despite the successful media narrativization of the two parties as two rotten peas in a pod, the next general election is still likely to be a straight fight between the two; thus, snapping their tickets comes with tremendous initial advantage.

While APC and PDP constitute a meagre 11% of the 18 registered political parties, the two parties between them control more than 95% of the current elected offices. This is a veritable proxy for political spread and electoral structures. As at today—and this is unlikely to change in the next ten months when we head to the polls—spread and structure are the most salient predictors of electoral outcomes in Nigeria. The two parties are thus likely to maintain their dominance in the next general election, even after due account has been taken of possible post-primaries fissures and likely anti-party voting next year.

The argument that Nigerians will reject the two parties just because they are tired of the status quo is one that I personally find attractive. But it is an argument not grounded in politics; it is erected on hope, not on the terra firma of realpolitik. But hope is not a strategy. Not when the goal is to uproot parties entrenched in the nooks and crannies of this diverse and complicated country. This doesn’t mean that APC and PDP will maintain their dominance for ever. No. But displacing them won’t be through a dash commenced close to an election year. It will be a long-distance race, run with good and consistent pace and grit.

For now, APC and PDP thus maintain real attraction to those who are running to win, not just trying to put up appearance or merely to prove a point or just content with winning just a few thousand votes. It is thus expected that even more aspirants will throw their hats into the ring on the platform of the ruling party because the window for expressing interest there is still open.

However, most of those aspiring to be the presidential candidates in the two parties don’t stand any chance of getting the tickets. Most of them know that. Some of them are deluded. Some are betting on the possible direct or indirect benevolence of others. And some are playing other games either by themselves or in league with others. Based on a review of the landscape, I have come up with three broad typologies of aspirants for presidency in 2023 on the platform of these parties. They are: the pretenders, the spoilers, and the contenders.

The pretenders are in the majority, representing between 50% and 60% of the current crop of aspirants. They are united by the fact that they stand a very slim chance of getting the tickets of their parties, but they come in different hues. Some of them are actually interested in other elective positions, not the presidency. Some are merely positioning for appointments in the next government. For these two sub-categories, expressing interest in the presidency is a form of bargaining. Nothing more.

But some of the pretenders just want to be relevant or to stay relevant as politicians. The easiest way to melt into oblivion as a politician is when no one reckons with or talks about you. So, force or renew your relevance by pretending to be running for what you are not running for. Even when your bid is patently laughable and everyone else can see through it, they will still talk about you and you will manage to be relevant, even if in an exaggerated sense. Politics is as much about reality as about perception, even when that perception is built on a transparent fiction.

Then, there is a group of pretenders who carry absolutely no weight as politicians and some are not even politicians or have no known political pedigrees or strong political patrons. Some of them can’t even make a successful bid for the head of a local government area. But they see the opportunity that can be leveraged in being called a former presidential aspirant of a major political party. For this group, pretending to be running for the highest office in the land is a deliberate publicity stunt. The audacious presidential bid earns them some media space and mindshare, and they make hay by making some right and wrong noises. That itself is enough reward.

We also have the spoilers. That is the second broad category, constituting about 20% to 30% of those on the scene today. The spoilers come in different colours too but their unifying factor is that they are usually in the race to dilute or enhance the chances of others. They have some political clout, not substantial enough to make them front-runners but not insignificant enough to be totally dismissed.

This is especially so because the votes they could get in the primaries would be the votes that someone else would not be getting. Thus, their value is enhanced by the fact that electoral politics is a game of addition, not subtraction. Their weight can be further enhanced when outcomes are likely to be determined by fine margins. And even when the outcomes can be predicted miles before the race, they can still enjoy enhanced value because politicians don’t like leaving anything to chances.

Some of the spoilers set out by themselves, hoping that a potential victim or beneficiary of their presence would reach out to them either to drop out or to stay in. Some are other people’s projects from the get-go. They are propped up for a purpose and are likely to stay course as long as that purpose is still valid or viable. No matter how it pans out, no one plays the spoiler for free. The game comes with either immediate reimbursement for sundry expenses with some built-in margin, and the promise of future returns, which may or may not be redeemed even if the puppeteer wins in the general election.

From my reckoning, pretenders and spoilers make up about 80% of those running in the two leading parties now. Some of them will stay in the race till the end. But some will make a show of withdrawing for others. And as we approach the general election, some candidates in some registered parties will even step down for or endorse the candidate of another party (in fact, some political parties are backup projects of some politicians in the leading parties). It is a silly optical game that our politicians play. And it is a game they will continue to play in different ways like getting people to buy forms for them or even begging them to run for office. A school of thought believes that high participation fees could limit such irritation. But the outrageous N100 million set by APC has not stopped frivolous or propped-up aspirations.

The contenders—the last broad category—are roughly about 20% of the aspirants in the main parties today. Depending on the final number of aspirants in these parties, we are talking about four to eight aspirants in all. These are people who through different permutations can win 15% and above of the votes in indirect primaries in their parties. Like the pretenders and the spoilers, they also fall into different sub-categories.

The first subset is made up of individuals who, all things being equal, are in clear lead to win their parties’ primaries if held today. They are either in control of most of the party structures in the states where their party is and not in power or they have most of the governors and the parties leaders in those states in their corner, especially the states with the highest number of delegates. The popular narrative is that these individuals enjoy such an advantage because they can buy the highest number of delegates on account of their stupendous wealth.

But while delegates don’t vote because of theory, to paraphrase an urban philosopher, delegates do not necessarily vote for only the highest spender. There is the small matter of long-term investment, prolonged association and earned loyalties. In our politics, delegates from a state mostly vote as a bloc, and the direction of that vote is usually determined long before a vote is called.

The second subset are those banking on the elements to align for them. This can happen in two ways: one, and this applies only to the ruling party, if the president endorses them and gets the party to line up behind his decision, as happened recently when the party chairman and others were elected; two, if majority of the power centres insist on stopping the leading aspirants and manage to settle on this subset of contenders as the least disagreeable ticket in a form of indirect consensus.

The last subset of contenders includes those who stand a good chance if the two parties decide to embrace not just zoning but micro-zoning. Ordinarily, those in this category will not have a great chance based on the commitments of power structures across the country. But a consensus on micro-zoning changes the picture, especially if they are seen as not just the most marketable but most acceptable from their micro-zone.

A day, it is said, is a long time in politics. We have a whole month of permutations and power-plays before the primaries. There will be the nerve-wracking drama of horse-trading, based on how power centres within the parties calibrate and recalibrate their interests. There will be chance to return favours and seek revenge. There will be alignments and realignments. There will be multiple games and sundry games within games. In the ensuing swirl, things may stay as they are now, and they may change so swiftly. But while 80% of the aspirants—the pretenders and the spoilers—are likely to remain in their weight categories (except a tectonic shift occurs), the contenders may move up or down from one subset to another. It will be an interesting month of politicking, no matter how the delegates eventually decide.