Implications of the Long Electioneering Period

Picking Atiku As My Running Mate Was A Mistake – Obasanjo

by Demola
admin@example.ng
May 15, 2022 0 12 mins 2 mths
Buhari and the Anointed Successor Thesis 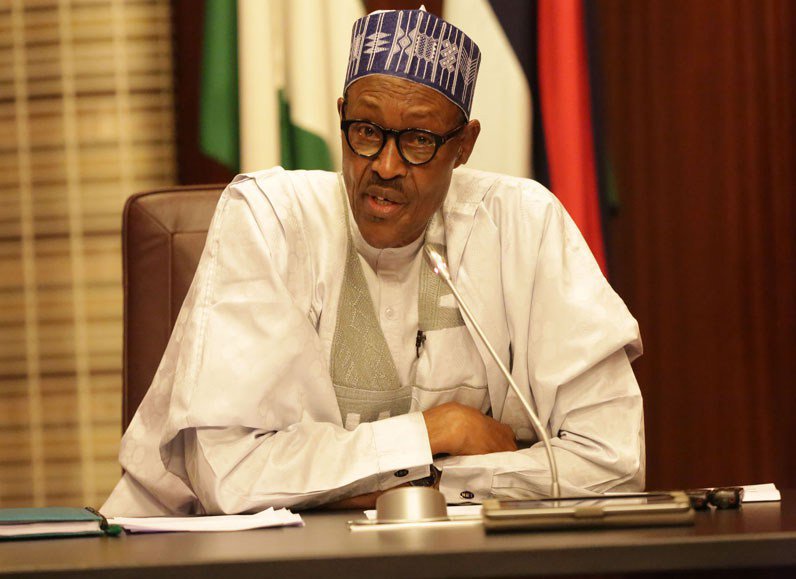 Many politicians and pundits strongly believe that President Muhammadu Buhari will handpick his party’s flagbearer and, possibly, his successor in office. This belief hinges on incentives, history and hope. But this belief throws up some questions: will President Buhari pull all the stops to foist his preferred aspirant on his party and, ultimately, on the country; and if he will, can he get his way on both counts? The first part of these questions will be resolved in the next two weeks; the second, in ten months.

Let’s start with the incentives bit. One of our received wisdoms is that departing chief executives, especially those as powerful as presidents and governors, should take more than a passing interest in who succeeds them. This is expected, and even advised, for a number of public and personal reasons: to ensure continuity of policies and programmes, to insulate the departing leader from a turbulent retirement, and to maintain both relevance and influence outside of office.

We are all witnesses to how misguided the expectations that undergird the incentive theory can be. Many godfathers have come to grief from the very hands of their previously meek godsons, some from as early as the morning after the official transfer of power. This notwithstanding, the pull of incentive is strong: politicians will continue to go to great lengths to instal their successors. Even if nothing is guaranteed, they reckon it is better to try and fail, than not to try at all.

The historical bit has two reference points. The first goes back to 16 years ago when the search for President Olusegun Obasanjo’s successor gathered pace following the sudden collapse of the Third Term agenda on 16th May 2006. With the two-term limit for the president and governors unchanged, that was the first time ever in our history that an incumbent president would be term-barred. And that generated a lot of interest within the then ruling Peoples Democratic Party (PDP), similar to what is going on in the current ruling party.

Ahead of retired generals and more popular and better resourced governors, a then little-known Governor Umaru Musa Yar’Adua of Katsina State who didn’t even aspire to be president won 75% of the 4, 007 valid votes cast at the PDP primaries on 17 December 2006. Yar’Adua was Obasanjo’s parting project, for whom no means, fair or foul, was deemed too little or too much. Obasanjo not only rammed his project (some say revenge) through the throat of his party but of the country too.

Given PDP’s clear dominance at that time and the fact that the party pulled together after its primaries, it is reasonable to expect Yar’Adua to win in the April 2007 polls. But nothing was left to chances: Yar’Adua was awarded 24.6 million votes in the general election and the candidate next to him, a certain Buhari, was allocated 6.6 million votes. The beneficiary of that enhanced electoral performance was more than a little embarrassed by the results that one of his first acts in office was to set up a committee on electoral reforms.

The second historical reference happened just six weeks ago when Buhari easily got Senator Abdullahi Adamu, his preferred aspirant, adopted as the consensus candidate for the position of Chairman of the ruling All Progressives Congress (APC). The logic of history is that based on this antecedent, Buhari can easily get his way again in APC. The two historical references underscore the weight of the powers and influence of presidents in determining electoral outcomes within and outside their parties.

Apart from incentives and history, two other factors may make it easy for Buhari to insist on choosing APC’s presidential flagbearer. One is that he enjoys a lot of respect from the APC governors and other party leaders. They readily defer to him—some will say they almost worship him even. So, if he says this is where he wants the party to go, it is very unlikely he will encounter major or widespread resistance. It is even possible that the party leaders may go to him and ask him, as the leader of leaders, to tell them what to do.

Second is that Buhari can urge the governors and other party leaders to concede to him the privilege of choosing his successor, especially since he doesn’t interfere with what they do in their different domains. It is an open secret that the governors not only choose their successors but also determine who stands for elections at federal, state and local levels in their respective states with little or no inputs from or imposition by the president. This will be a persuasive argument. Even those who will be disadvantaged by it won’t be able to muster compelling counter arguments against it. This is largely because most of them are notorious for being absolute sovereigns in their political fiefdoms.

It is a combination of the factors listed above and others that is fuelling the hopes of a sizeable number of aspirants who collected and submitted the N100 million APC presidential forms. Most of the aspirants in this category know that, given the state of play today, their chance of emerging as APC’s candidate on their own ranges from slim to nil. But being anointed by Buhari can magically transform their fortunes, the same way Obasanjo transformed Yar’Adua’s. Not only do they think that the president will anoint someone, each of them believes, for different reasons, that he will be the beneficiary of that game-changing presidential endorsement.

For the foregoing, it is not in doubt that Buhari has the incentives, the purchase and the argument to insist on picking APC’s candidate. But what is not clear yet is if he will exercise that option, how he will exercise it if he chooses to, and whether his leverage in this matter may not have been circumscribed by time and his cultivated demeanour. For one, time is not on his side. It is now roughly two weeks to APC’s presidential primaries. Even when it is acknowledged that a day is a long time in politics, he may have run out of the time required to whip everyone into line.

As at today, there is no certainty about who he wants. It is possible that he is keeping his preference close to his chest, that he wants to keep everyone guessing, and that he may spring a surprise at the last minute. He is a general after all. But this is politics and this approach comes with the risk of active or passive resistance. Some aspirants and even governors, including those who have never looked him in the face, can nicely say that they would have easily obliged him if he had told them what to do long before they made irreversible commitments. Something similar to this happened in 2015 in the election of the principal officers of the National Assembly.

Also, it is very unlikely that Buhari would pull an Obasanjo and be ready to steamroll anyone who stands on his path. Buhari seems to care about being reminded of 1984 and strives to show that he is at home with democratic practice. He may be more inclined to support an open election for three other reasons: one, APC’s National Working Committee is barely two months old and not in a position to enforce garrison-type intentions; two, those defeated will be easier to manage if they contest and fail and not just forced to concede or elbowed out of the party; and three, APC is not as strong as PDP was in 2006/2007 and needs to carefully manage the fallout of its primaries in a way that will not further increase its vulnerabilities.

There is a school of thought that believes that Buhari doesn’t think anyone should get the ticket on a platter of silver. He reportedly references himself here: he ran four times before clinching the post. So, he believes, the line goes, that anyone interested should be ready to sweat hard for it.

It is inconceivable that Buhari doesn’t really care about who succeeds him or that he doesn’t have a preferred aspirant or at least a shortlist of three. It is also very unlikely that anyone that he is strongly against or lukewarm to will emerge. But the fact that he has not openly anointed anyone has thrown the race wide open, to the excitement of some and the frustration of others. This has also expanded possibilities about the extent of his influence on the process and the likely outcome of the primaries. I see four scenarios in terms of the president’s next steps.

The first is that a week or a few days to the primaries, Buhari finally shows his hand. He calls the party leaders to a meeting and makes a pitch for and discloses his anointed, with most of the leaders readily conceding to him, making his preference a fait accompli. Whichever the form of primaries adopted, it is likely to end as a coronation for his candidate. The second scenario is that some of the party leaders may push back especially if his anointed is not one of the front-runners, and the president either backs off or stands his ground. This scenario offers an interesting proposition to the party.

The third scenario is that having sampled the opinions of those in charge of the delegates, he may tacitly align himself with the room as a true party man. The fourth is that he chooses to play the role of the even-handed, father-of-all: he insists on a level playing ground and fair contest, urges everyone to accept the outcome in good faith and to rally behind the eventual winner.

Since the president is not giving much away, either in words or with signs, we have to wait on the next two weeks to know which of these four or other scenarios will play out. But my sense is that APC’s flagbearer is most likely to be someone who enjoys Buhari’s support, has broad backing within the party and has put in the shift. But will Buhari repeat the brazen antecedent of 2007 for that person in next year’s general election? My wager is that he will not.