Man kills wife for not explaining N10m in her possession

Why I killed my Nigerian lover, by Chinese

by Demola
admin@example.ng
January 29, 2022 0 3 mins 10 mths
How Teenager Who Beheaded Girlfriend For Rituals Was Arrested In Ogun 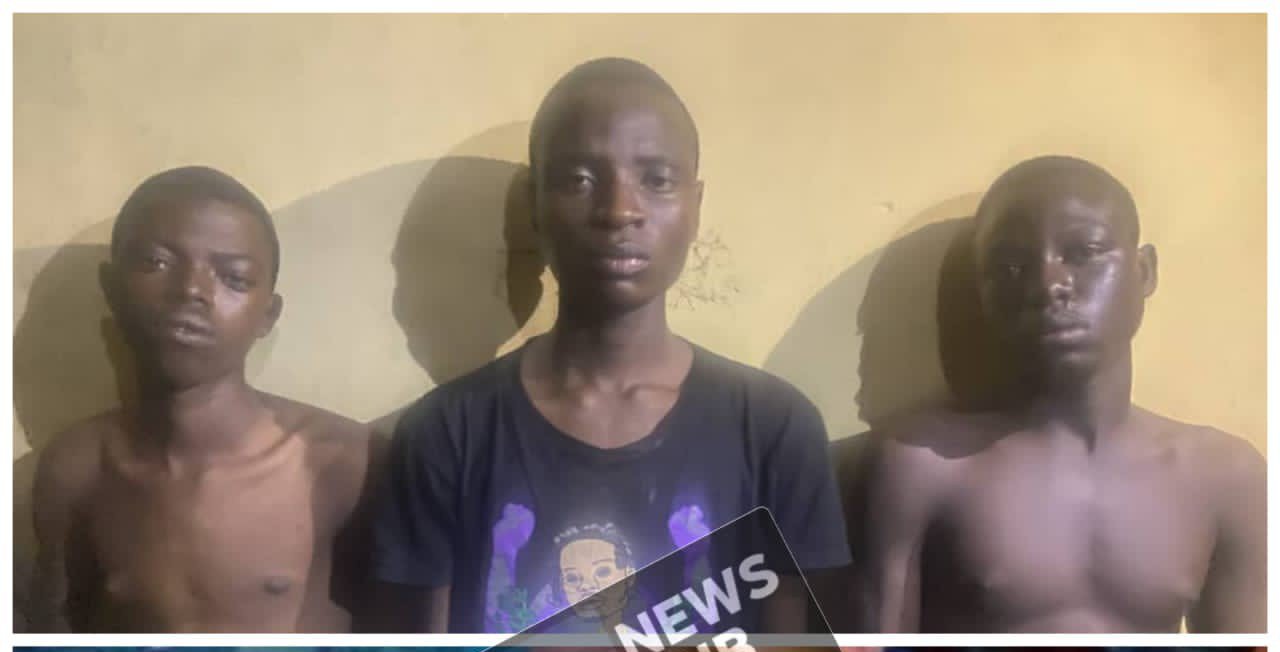 There was confusion in Oke Aregba community in Abeokuta, Ogun State capital, on Saturday, when some teenage boys were caught burning the head of a girl, said to be in a relationship with one of them, for alleged money rituals.

Our correspondent gathered that a community security guard, one Segun Adewusi, had in the wee hours of Saturday observed that some the boys were burning something suspicious in a local pot.

Monarch assassinated, three others burnt to death in Ogun
Bandits kill police officer in Ogun
It was gathered that the security guard immediately alerted the police at Adatan station, who went to the scene to get three of the boys arrested as one had fled before police arrival.

A source, who confirmed the incident to our correspondent, said the slain girl, identified as Rofiat, was a resident of Idi-Ape.

She was a girlfriend to one Soliu, who is now in police net.

Soliu was said to have lured the girl to his room, where he held her down and asked one of his friends to slaughter her with a knife.

“The arrested suspects were identified as 17-year-old Wariz Oladeinde from Kugba, 19-year-old Abdulgafar Lukman from Kugba and Mustakeem Balogun from Bode Olude, all in Abeokuta. Soliu was the boyfriend of the girl, he ran away, but was later arrested.”

“They killed Rofiat, cut her head, packed the headless body in a sack and started burning the head in a pot. They told the police in the presence of a mammoth crowd that they wanted to use it for money ritual.

“The police have taken the body away to a mortuary,” a source told our correspondent on Saturday.

Oyeyemi the three young boys have been arrested by men of Ogun state police command.

He said, “On interrogation, the arrested suspects confessed that what they were burning in the local pot is the head of the girlfriend of their escaped accomplice.

“They confessed further that the girl who was simply identified as Rofiat was lured by her boyfriend simply identified as Soliu to where she was murdered by four of them, after which they cut off her head and packed the remains in a sack, and dumped it in an old building.

“They subsequently led policemen to the building, where the dismembered body was recovered and deposited at general hospital mortuary for autopsy. The short cutlass and a knife used in cutting off the deceased head were also recovered.”

Now that the north has found oil…