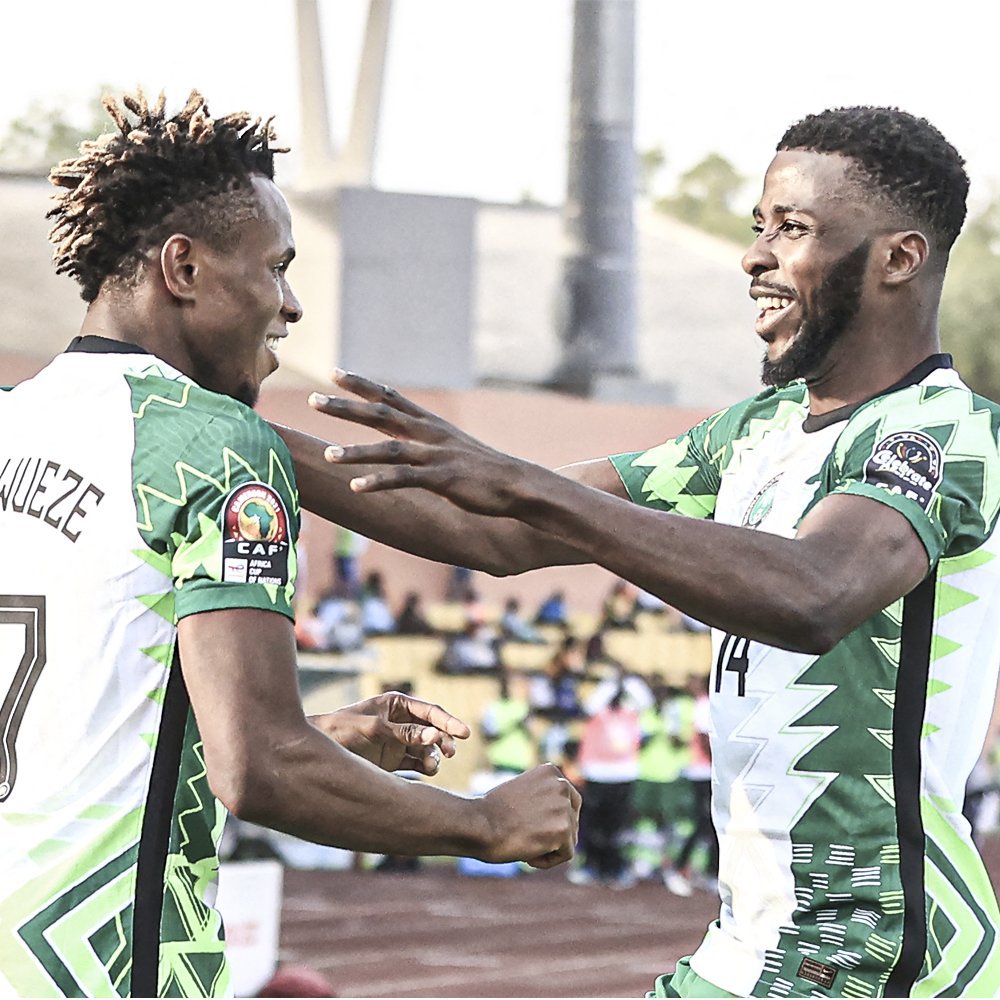 Taiwo Awoniyi was among the scorers as the Super Eagles of Nigeria coasted to a 3-1 victory over Sudan in their African Cup of Nations (AFCON) encounter at the Roumdé Adjia stadium in Garoua on Saturday.

The 24-year-old striker scored his first-ever goal for the Super Eagles as Nigeria made it two wins from two matches in the Group D. Samuel Chukwueze and Moses Simon were also on the scoresheet.

The easy win also means Nigeria will join Cameroon and Morocco in the knockout stage of the competition, the 14th consecutive progression to the knockout round at AFCON.

Chukwueze opened the floodgates on three minutes with a well-placed shot after Simon controlled Ola Aina’s long throw and cushioned a pass to the Villarreal man to finish with aplomb for his fourth international goal.

Sudan recovered from the setback to match their more illustrious opponents but could not fashion a shot on goal despite good openings.

The 2013 champions, however, upped their game and should have gone ahead with two chances in quick succession, Captain William Troost-Ekong, Joe Aribo, and Awoniyi all going close as Nigeria looked to double the lead.

Awoniyi, who hit the bar earlier, got the goal his performance deserved on the stroke of halftime in fortuitous circumstance; Troost-Ekong’s header from a free-kick deflected into his path and hit his head before trickling through the hands of Sudan’s goalkeeper Ali Achrine into the net.

Coach Austin Eguavoen’s side continued where they left off with a third goal 48 seconds into the second half, Simon finishing off the move he started with a low shot that crept in from six yards out.

The Sudanese scored their first goal in Cameroon when VAR awarded a penalty against Ola Aina for a foul from a corner kick, and Walieldin Khedr converted what proved a consolatory goal.

The Super Eagles controlled the rest of the encounter to close out the deserved win in this Group D encounter where they stay top with six points. Nigeria will face Guinea Bissau in the final group game on Wednesday 19 January in the same stadium.