CONSTITUTION AMENDMENT: HOW THE LAWMAKERS DASHED OUR HOPES 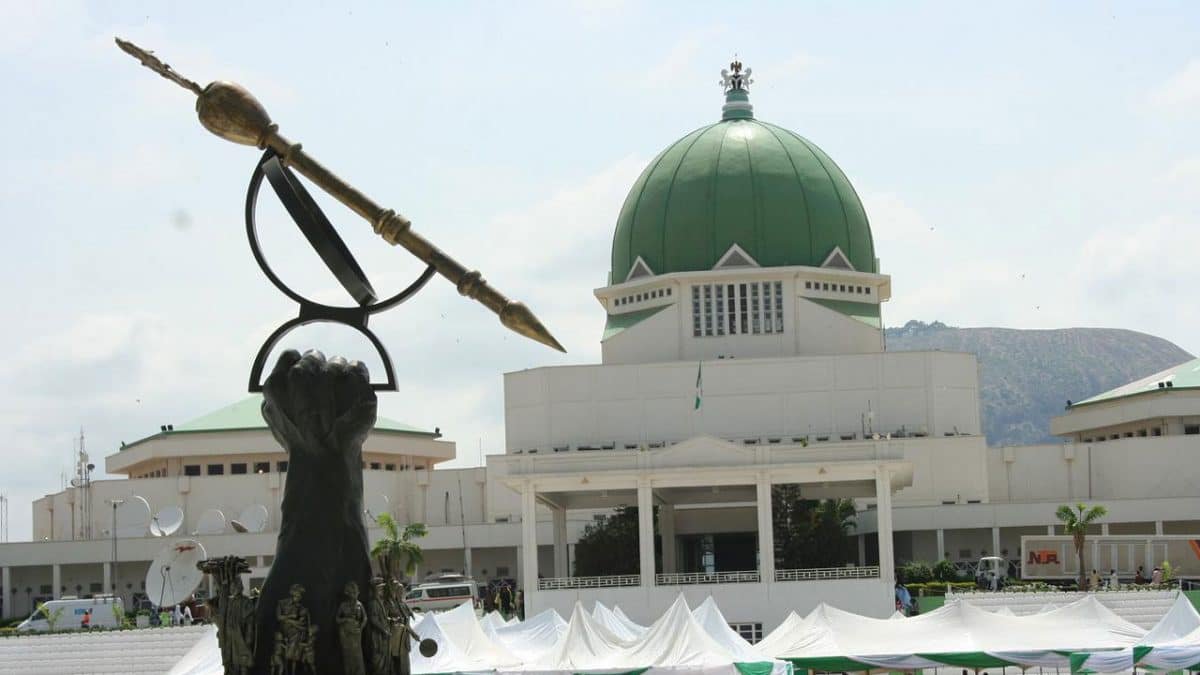 There is no perfect constitution anywhere.
The more advanced democracies in the world have had cause(s) to change and amend their constitutions over time.
Whether written or unwritten , the constitutions are usually subjected to regular modifications or amendments in order to meet the exigencies of time and promote good governance. . The United States (US) has a written Constitution which has had about 27 amendments since 1789 when it became operational. The British Constitution, which is unwritten,has been undergoing amendments though informally, from time to time through debates and conventions.That of Canada has gone through 11 amendments since it was transformed from an Act of the British Parliament to that of Canadian Parliament in 1982. Between 1789 and 1958, France has had 15 different constitutions and from 1958 to date, about 24 amendments have been introduced into the Constitution India has had 105 amendments since the Constitution was made in 1950.
Nigeria is not an exception. In the course of our democratic experiment since political independence in 1960, we have had four Republics. We have had five different constitutions: the Independence Constitution of 1960, Republican Constitution of 1963 which were both based on a parliamentary system of government, the 1979 Constitution which introduced the Presidential system of government in the Second Republic and another Constitution in 1993 which was to guide the affairs of the aborted Third Republic. The current one was enacted for the Fourth Republic in 1999 by the Abdusalam Abubakar military administration.
Many critics of this Constitution believe it is not the People’s constitution because it was neither debated by the people nor subjected to any referendum before it was approved by the then military government.
While this point is well understood, it must be noted however, that this Constitution is largely based on the 1979 Constitution which was drafted by a Constitution Drafting Committee and debated by a Constituent Assembly under the then military regime of Murtala Muhammed/Obasanjo.Besides, we need to understand that Constitution making is an ongoing activity in a democratic setting.

Fifth Alteration by the National Assembly
It is against this background that this writer welcomes the efforts by the ninth National Assembly to amend it through the fifth alteration.
It was hoped that by this exercise, most of the issues currently agitating the minds of Nigerians would be addressed.
But it appears this is not the case.
The National Assembly deliberated on about 68 issues. Out of this number , 44 were passed and transmitted to the 36 state assemblies for their deliberations and approval.
Issues passed by the National Assembly Some of the notable bills passed by the Assembly include those on : separation of the office of the Attorney General of the Federation from that of the Minister of Justice; termination of tenure of elected officers after change of party;
Financial autonomy for local government;
Financial autonomy for states houses of Assembly and states judiciary;
Independent candidacy; and
Free compulsory basic education as a fundamental human right.
Bills rejected by the Assembly
Among the bills rejected by the Assembly are:
the bill to strengthen the judiciary for timely dispensation of justice;
the bill on timeliness for the determination of civil and criminal cases;
the bill on virtual/remote court proceedings;and bill on devolution of power.
Other bills rejected are; qualification to become an indigene of a state;
immunity for legislative and judicial officers;
specific seats for women in National Assembly
35 per cent affirmative action for women in party administration;
Women to take indigenship of their husband’s states after five years of marriage ;and
Citizenship to foreign- born husband of a Nigerian womanH

How The Lawmakers Dashed Our Hopes
There is no doubt that the lawmakers made some efforts to improve on the provisions of this Constitution but did these attempts go far enough? The answer is obviously No.
To most Nigerians, it is a matter of regret that the lawmakers dashed our hopes by not looking into most of the burning Issues confronting the country today. These include:insecurity, resource control, corruption, poverty and unemployment.
Insecurity
The lawmakers forgot that the primary purpose of government is the security and welfare of the people as spelt out in Section 14 (2b) of the 1999 Constitution ( as amended) According to the Section :”
the security and welfare of the people shall be the primary purpose of government”

The lawmakers forgot that this aspect of the Constitution has been largely ignored.
They forgot that we have all become captives to terrorists, kidnappers and bandits.
They forgot that one of the major causes of the persistence of this level of insecurity is because the major security forces( the armed forces and the police ) for confronting these enemies are in the hands of the Federal Government . They forgot that state governors are not Chief Security Officers as they are wrongly called. They are just lame – ducks chief security officers.
How do they expect us to tackle insecurity in a large federation like ours when all the security forces are under the control of the central government?
They forgot that we will need to amend the Constitution to create room for the creation of state and community police.

Resource Control
Our lawmakers did not also remember that another major cause of agitation in Nigeria today is that people do not have control over resources produced from their states or regions. This is due to the unitary nature of our federation. All the mineral resources in the country are owned by the Federal Government as stipulated in the Exclusive list of our Constitution. Section 44(3) and Item 39 Schedule II of the Exclusive Legislative List of the Constitution vests the control and management of mineral resources and hydrocarbon operations on the Federal Government for the common good and benefit of all citizens. This is not the situation in other federations. In a proper federal system of government, states are supposed to have access to the resources available in their areas. In the US, for instance, states and even individuals are allowed to own and produce mineral resources.
The current situation where the main source of survival in the country- crude oil is the hands of the Federal Government while the people from the oil producing states are living in squalor, poverty and deprivation is not healthy for our polity.
Is it wrong for us to ask each state to control its resources and pay royalty to the Federal Government? Will this not improve the revenue base of each state and also raise the level of accountability and good governance in the country?
Research has shown that there is no state in Nigeria that does not have the natural resources to survive on its own.But it is the dependence of states on monthly allocations from the Federal Government that has made them lazy, idle and poor..If states are made to produce and spend only what they earn, the competition for survival will be to the overall benefit of all Nigerians.
This is in line with true federalism and restructuring.

Are our lawmakers not aware of the fact that difficult and peculiar challenges require drastic solutions? Are they not aware of the fact that the Academic Staff Union of Universities (ASUU ) is currently on strike? Are they not in the know that this has become a permanent feature of our system?
Why not amend the Constitution to ensure a certain percentage of our budget is actually devoted to education?
Some people have even suggested that there should be a law to prohibit public officers, political appointees, their children and wards from schooling outside Nigeria.
Critics will call this a breach of fundamental human rights of those concerned but have we looked at what it will do to the overall public interest? Can it be one of the ways to force the government to give attention to education and end the recurring strikes in our tertiary institutions?

It is important to note that most of the proposed amendments passed by the National Assembly to the state assemblies cannot bring about rapid political, economic and social development of this country. They did not seriously address the issue of devolution of powers towards true federalism instead of the unitary system of government we are currently running. They did not tackle the basic issues of insecurity, poverty, illiteracy and unemployment confronting the country. The way forward is for subsequent amendments to focus on these issues.