Echoes of the 1979 Presidential Poll 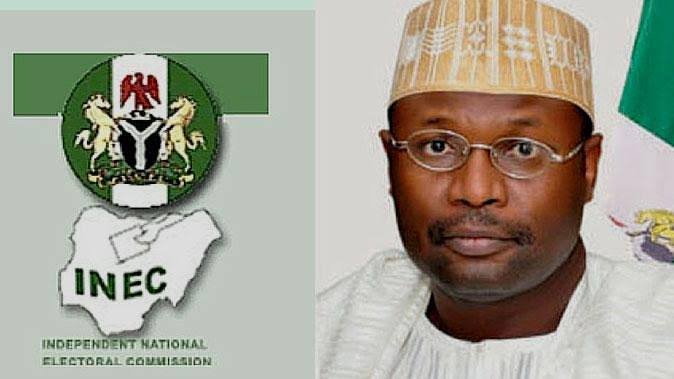 With the way things are shaping up, the 2023 presidential election may be the most competitive multiparty poll since 1979, the year that Nigeria held its first presidential election. Over time, the country has ossified into a two-party system. On paper, Nigeria remains a vibrant multiparty democracy. But outside of two dominant parties, all the other registered political parties combined hardly score up to a tenth of the valid votes cast. With at least four parties boasting of potentially significant bloc votes ahead of 2023, Nigeria’s version of feckless pluralism looks set for a major challenge.

The competition in 1979 was more intense than what we have seen in recent times. Due to a number of factors that we will get to shortly, all the five parties that contested in 1979 pulled their weight. Each party locked down its traditional base and four of the five parties gave a decent showing outside of their enclaves. The votes were more evenly spread, ranging from 33.77% for the party with the highest votes to 10.01% for the party with the least votes. There is a possibility we may return to something close to this level of competition among the top four in next year’s landmark polls. If this happens, it will mark a radical departure from the pattern set by the seven other elections held between 1979 and 2019.

A dive into the results of recent elections from 2003 shows that the only semblance of competition has been between the top two parties, while the other parties merely make up the numbers, even in periods when we had more than 80 registered political parties. Though 1999 shares a similarity with 1979 in terms of being years of transition from military rule, the result of the 1999 election is not dissected here because only two of the three registered parties fielded presidential candidates (two parties ran a joint ticket). Also, the 1993 presidential election will be excluded because there were only two political parties then.

In 2019, there were 73 political parties on the ballot. APC and PDP scored 55.60% and 41.22% respectively, a total of 96.82%, with 3.18% of valid votes left to the other 71 parties on the ballot. The Peoples Coalition Party (PCP) came third with only 0.40% of the valid votes. Some observers argue that the parties that came third in the last two elections, even with their below 0.5% performance, benefited from the closeness of their names to those of the leading parties.

It is also worth noting that the two leading parties since 1999 have been more or less the same: while PDP has remained constant, the other leading party has been different iterations of AD-APP, the parties that ran against PDP in 1999. The longevity has endowed the two parties with some form of first mover’s advantage and the muscle to edge out the rest.

There are some explanations for the emergence of two dominant parties in Nigeria. One is that it simply follows the trend of most multi-party democracies in which strong parties develop to reflect the two broad political and economic tendencies in society. In the United States of America and the United Kingdom, for example, there are many political parties but the main parties are the Republican Party and Democratic Party in one and the Labour Party and the Conservative Party in the other.

The second reason is that what we have seen from the late 1990s till now is the maturation of the political experiment by General Ibrahim Babangida. His administration created the Social Democratic Party (SDP) and the National Republican Congress (NRC) to represent moderate left and right persuasions (which his political architects labelled a little to the left and a little to the right). At that time, the politicians had no option but to belong to one of the two state-sponsored parties formed with the goal of preventing formation of parties along ethnic and regional lines.

Though that experiment ended with the General Sani Abacha coup in November 1993 and was later succeeded by another experiment of five official political parties all designed to enable Abacha to transmute into an elected president, the Babangida engineering instilled a consciousness that lingered within the political class. The third reason sprang from the decision to form a big national political party that could stand up to the military, which led to the formation of PDP in 1998 and the design by others over time to have an equally strong and well-spread counterweight that can end PDP’s vow or threat to be in power for 60 uninterrupted years. This desire led to the formation of APC in 2013 and eventually to the first alternation of power in 2015.

It is on account of one or a combination of these reasons that Nigeria has ended up with a political system where the two leading parties that have been in existence in one form or the other for more than two decades slug it out while the others just make up the numbers. The electoral weight of the other parties has been so insignificant that they have little value even for purposes of meaningful alliances or in case the election goes into a runoff. As said earlier, it seems this is likely to change next year.

In our context, the 1979 presidential election serves as the base for what a really competitive multi-party presidential contest looks like. In the election conducted on 11 August 1979, the parties polled the following number of votes: the National Party of Nigeria (NPN), 5.69 million votes; the Unity Party of Nigeria (UPN), 4.92 million votes; the Nigerian People’s Party (NPP), 2.82 million votes; the People’s Redemption Party (PRP), 1.73 million votes; and the Great Nigeria People’s Party (GNPP), 1.69 million votes. This means that of the total 16.85 million votes cast, the NPN won 33.77%; the UPN, 29.18%; the NPP, 16.75%; the PRP, 10.28%; and the GNPP, 10.01%. Also, each of the political parties won the presidential election in at least one of the 19 states at the time: NPN led in nine states; UPN in five states; NPP in three states; and PRP and GNP in one state apiece. It should be noted that some of these states have now been broken into two or three.

A state-level disaggregation of the performance of the parties shows how intense the competition was and gives some intimation about what eventually made the difference for NPN, the winning party. For instance, NPN won well not just in old Bauchi, Benue, Kwara, Niger, Sokoto states but also in old Cross River and Rivers states but marginally in Kaduna State (43%) and Gongola State (35.52%). The party also had a good showing in Bendel (36.20%), Plateau (34.72%) and Borno (34.71%). UPN won comprehensively in old Ondo (where it scored a whopping 94.50%, the highest percentage by any party in that election), Ogun, Oyo and Lagos states but marginally in Bendel (present Edo and Delta states) where it scored 53.2% but also had good showing in Kwara (37.48%) and Gongola (21.67%).

NPP won old Anambra and Imo states convincingly but marginally in old Plateau State (49.70%). PRP won in Kano by 76.41% and scored 31% in Kaduna, though it produced the governor of the state. Lastly, GNPP won marginally with 54.04% in Borno State, the home of its flagbearer, but recorded 34.09% in Gongola and snapped up 26.61% in Sokoto, the home state of the NPN flagbearer. The most interesting and most competitive state was Gongola (present Adamawa and Taraba states). There, NPN led narrowly with 35.52%, followed closely by GNPP with 34.09%, then UPN with 21.67%. (In the governorship election, NPN dropped to seven states, UPN and NPP retained their five and three states respectively, while PRP and GNPP each gained an additional one state to put their tally at two apiece.)

The strong showing by the five parties was not surprising, as the political parties were formed and led by prominent and respected politicians: Dr. Nnamdi Azikiwe of NPP; Chief Obafemi Awolowo of UPN; Mallam Aminu Kano of PRP; Alhaji Waziri Ibrahim of GNPP; and Alhaji Shehu Shagari of NPN. The first three were pre-independence heroes; the last two had been parliamentarians and ministers in the lead up to independence and in the First Republic. Three of them were from the North and the remaining two from the South. All of them had bloc votes arising from their personal appeal or the pedigree and presence of their parties. All the parties were reincarnations of earlier popular parties from pre-independence era and the First Republic.

While they may not necessarily have the stature of the political heavyweights of the Second Republic, there are four candidates on the scene now that can ignite the kind of keen competition witnessed in 1979. These are: Alhaji Atiku Abubakar of PDP; Asiwaju Bola Tinubu of APC; Senator Rabiu Kwankwaso of the New Nigerian Peoples Party (NNPP); Mr. Peter Obi of Labour Party (LP). Two apiece are from the North and the South. The last two are in a position to give the first two a good run. Kwankwaso has a long-established base in Kano and environs and in his Kwankwasiya movement that stretches beyond his North West zone. Obi is enjoying tremendous bounce among young voters and those desirous of upturning the status quo, and is seen as viable hope of the South East to win the presidency.

For the first time in the Fourth Republic, there is a real chance of moving beyond the traditional two-way race, which has the potential of expanding options for the electorate and deepening our democracy. The election may even go into a runoff, which one of the parties unsuccessfully aimed for in 1979. It is still early to project exactly how things will go in 2023, as the election is still seven months away. But one thing is clear: the eventual winner will be the candidate that can hold down his domain and garner significant support outside of his base. That is the abiding lesson from 1979.