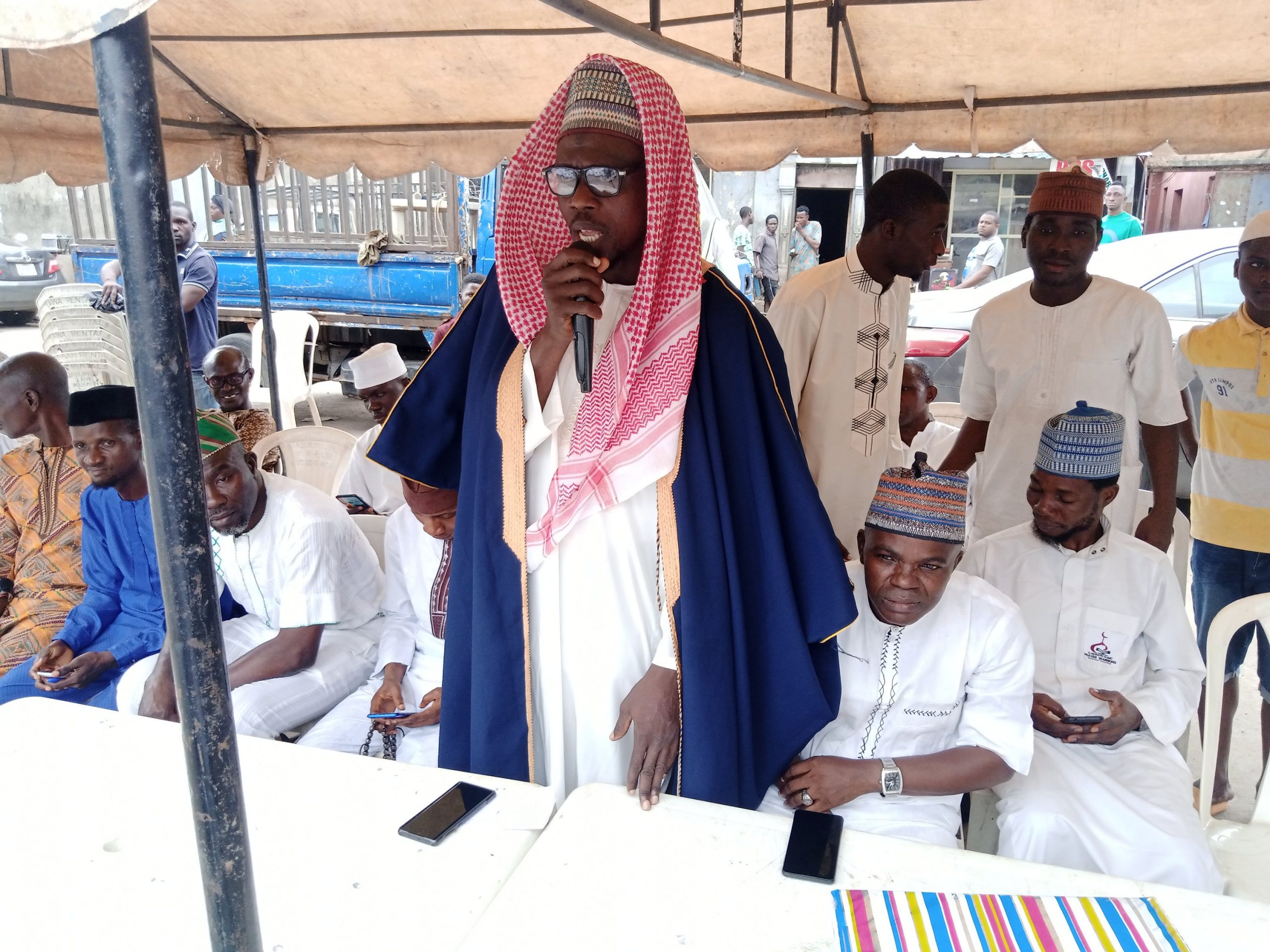 An appeal has gone to government at all levels in Nigeria to positively engage youths in order to ensure national security and integration.
Delivering the Hijrah lecture of the National Council of Muslim Youth Organisations (NACOMYO) Mushin/ Odi Olowo chapter of Lagos State, the chief Imam of Akala mosque, Imam Saheed Yusuf, emphasise the importance of positive engagement of youths in the development and security of the nation.
According to him, the youth by virtue of their strength have the ability to combat undesirable elements and propagate development messages due to their social media savvy.
Saheed who is also the special adviser on Islamic affairs to the chairman of Odi Olowo Local Council Development Area of Lagos State charged the youths to be security conscious by challenging strange faces around their areas and making reports to appropriate authority.
He attributed distrust of government by the citizens to information gaps, challenging the government to be more transparent with information so that the people can chip in their own suggestions.
He therefore advocated creation of forum where government at all levels would give regular account of their stewardship to the populace.
The secretary of Mushin/Odi Olowo NACOMYO, Brother Abdulgafar Oladimeji, speaking on behalf of the coordinator, Brother AbdulRahman Babatunde, said the Hijrah celebration is a regular programme in the calendar of the society which is used to propagate the importance of Hijrah.
He called for education and empowerment of youths in the country to ensure national security.
He also challenged Muslim youths to obtain their permanent voter cards and ensure they cast their votes for right candidates.
Addressing agitations on Muslim-Muslim ticket, he sounded a note of warning, saying those opposing the ticket may be doing so to score cheap political points.
He therefore said what should be considered in the choice of candidates should be the track records rather than religious inclination.