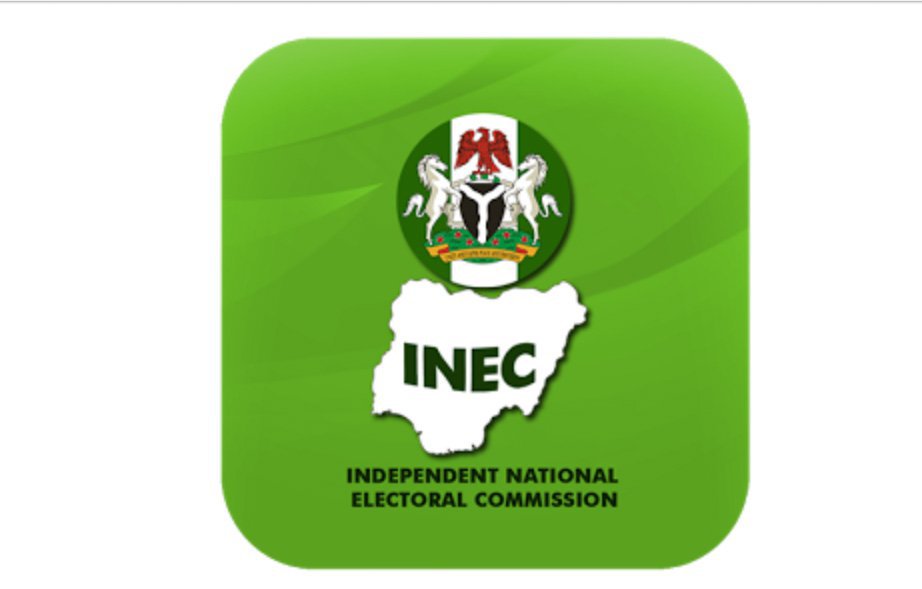 With the conclusion of the presidential primaries, the concentrated political drama that kept the country captive for a while is now on intermission. However, the political actors are not really on break. They are active behind the curtains, busy scripting and rehearsing what next to serve us. We are in for a long, engrossing political show, the longest ever since we started voting in Nigeria in 1923 following the introduction of the ‘Elective Principle’ in the 1922 Clifford Constitution.

Officially, presidential campaigns will commence on 28 September 2022. That’s about six months to the presidential poll. There will be many twists and turns, with attendant undulation of political fortunes, on this long journey. We are currently in a three-month hiatus, a pre-campaign period, if you will. But even in this twilight zone, the issues and factors that are likely to shape the campaign and the election are becoming visible. I will highlight three of those emerging patterns and issues here.

The first major pattern is about the role of religion in the 2023 presidential poll. To be sure, religion has been a factor in our presidential elections for some time now, especially since 2003. The only exceptions were 1999, 2007 and 2019 when the leading candidates happened to be adherents of the same religion. However, religion is billed to be a much more prominent issue in 2023 if the All Progressives Congress (APC) goes ahead to nominate a Muslim running-mate for its flagbearer, Asiwaju Bola Tinubu. That will be a Muslim-Muslim ticket, as Tinubu himself is a Muslim.

In a country where religion is one of the fault-lines and religious balance is seen as a sensible mode of accommodation, presenting a Muslim-Muslim ticket will be an insensitive and dangerous gambit. It is likely to further inflame passions and deepen division in the country. It is not about whether the party can win with that gambit or not, it is about the incalculable harm such a ticket can do to a country struggling already with religious extremism and violence, divisive tendencies and heightened tension. Such a ticket would amount to pouring petrol on a raging inferno.

The candidature of Tinubu, a Yoruba Muslim, would always present APC with this dilemma, especially when the candidate of the leading opposition party is Alhaji Abubakar Atiku, a northern Muslim. The argument is that Tinubu’s running-mate not only has to be a northerner, he or she must also be prominent enough to give APC a good play in the north, a region which though is the stronghold of the ruling party will be the major electoral battleground next year. That invariably points in the direction of a northern Muslim, as most of the formidable politicians from the region are Muslims.

APC could have avoided this dilemma if it had chosen a southern Christian. But Tinubu was clearly unstoppable, and he was not ready to let go. Now the cold political calculation is that fielding a strong northern Muslim as his running-mate is the party’s only sure path to victory. Advocates of this position believe such a combination will put the party in a good stead in the North West and the North East, which are predominantly Muslim and are the party’s main strongholds, will not hurt the party in some parts of the North Central, and will not rob Tinubu of the homeboy advantage in the South West, the most religiously diverse zone and its only stronghold in the south, and a zone where religion has the least salience in political and other considerations.

Advocates of this combination have been saying that religious balance is not the only thing that Nigerians look for in presidential tickets. They reference 1993 when Basorun Moshood Abiola ran with Ambassador Babagana Kingibe, both Muslims, and won the polls. But one instance is not statistically significant enough. Besides, 2023 is not 1993. While the same electoral outcomes might still be possible, the potential damage to national peace and unity makes the move a wrongheaded one. APC and its candidate should spare the country this potentially traumatic experience and chart other paths to electoral advantage.

Already, the Christian Association of Nigeria (CAN) has issued a statement that Tinubu and Atiku as Muslims should not choose Muslim running-mates. It is clear that Atiku was just included in the statement and the target audience is Tinubu and APC. It must be said that CAN unsuccessfully raised a similar objection to the Abiola-Kingibe ticket in 1993, but as stated earlier: 2023 is not 1993. Many things have changed in terms of the politicisation of identities, social relations and political engagements in the intervening 30 years.

While it can be argued that, like many Yoruba Muslims, Tinubu does not wear his religion on his sleeves and that his wife, Senator Oluremi Tinubu, is even an ordained pastor of the Redeemed Church, the only thing most will see is a Muslim-Muslim ticket. Resistance to such a combination is likely to grow, even from some Muslims across the country.

The second factor likely to shape the campaigns and the outcome of the polls is President Muhammadu Buhari, the outgoing president. It is not expected that he will play the bullish role that his only term-barred predecessor, President Olusegun Obasanjo, played in 2007. But the 2023 election will still be largely about Buhari, specifically his eight-year stewardship and his legendary followership. For one, PDP and the other parties will hammer his record in office and insist that Buhari and APC are one and the same. APC, on its part, is expected to rebut with 16 years of PDP. But recency bias favours PDP, as the last seven/eight years are fresher in the mind than the 16 years that preceded them.

There will be the usual argument about frittering away gains of high oil prices. But the fact that the APC has also experienced oil prices at higher than $100/barrel, even if not for an extended period, and without corresponding gains, takes the sting out of this argument. Corruption cannot be played high either, given the widespread perception of the candidates of both parties. Buhari’s records on the economy and security will definitely be the playground of the opposition parties. Since he is not the one running, Buhari cannot be expected to mount a spirited defence for himself. He will definitely talk about his achievements in physical infrastructure and other areas and pitch the need for continuity. The election will reveal whether Nigerians are ready to give APC another chance or willing to return to PDP or prepared to shun both of them.

The APC candidate, whose antecedents will also come under intense scrutiny, will also struggle with a dilemma: how to strike a balance between making the campaign about himself and not giving the impression that he is distancing himself from the president and his party. This dilemma will be deepened by the fact that Buhari remains APC’s biggest electoral asset, one that common sense dictates should not be alienated. Even with the challenges, especially of banditry in the North West, Buhari still enjoys a cultic following.

Are Buhari’s 12 million ardent followers all still with him and can they be passed on as a bloc to another person? Will Buhari campaign vigorously for Tinubu the way he would have campaigned for himself? Or the way Obasanjo campaigned for then candidate Umaru Musa Yar’Adua? How much negative or positive impact will his stewardship have on the fortunes of his party at the polls? It is difficult to know the answers to these questions now. What is clear however is that President Buhari will be a factor in this election, even when his name will not be on the ballot.

The third factor that is likely to shape the presidential election is the growing quest to upturn the political status quo. In some circles, both the APC and the PDP have been successfully narrativized as the undesirable old order, two rotten peas in a pod. Ordinarily, this negative branding should translate to the electoral demise of the two leading parties at the centre and at the subnational level in the coming elections.

This is the hope of most of urban and educated youths, the middle class, some celebrities and a segment of the business elite. There are two major drivers of this quest: one, young people who discovered their voice and agency during the mobilisation for and the outcome of the #EndSARS protests; two, non-mainstream politicians working on building a third force that can effectively challenge and displace the two leading parties.

Of the 16 other registered political parties, only two parties at the moment appeared likely to benefit from this sentiment: the Labour Party (LP), whose candidate, Mr. Peter Obi, is enjoying some bounce and who is the South East’s most viable hope in the 2023 presidential contest; and the New Nigeria People’s Party (NNPP), whose candidate Senator Rabiu Musa Kwankwaso enjoys some significant following in Kano and some other states.

It remains to be seen whether the coalition of youths, celebrities and some business elites has ripened into a political force or the interaction or union of that fledging coalition with the third force movement is strong enough already to affect electoral outcome in Nigeria. The long electioneering period offers a window of hope. The rosy view contends that there is enough time to challenge and uproot the status quo. But the realistic view differs. This view maintains that it will take at least four years of intense and consistent work or a broad coalition of really strong parties to dislodge the two parties that control power at all levels in 35 of the 36 states of the Federation and are in charge of the Presidency and almost all of the National Assembly.

The optimists sometimes cite the elections of President Barack Obama in 2008 and Buhari in 2015. But Obama didn’t run on the platform of a fringe party or as an independent. He ran on the platform of the Democratic Party, a political party founded in 1828 and one of the two major parties in the US. Buhari got elected at the fourth attempt and on the platform of APC, which was made up of four legacy parties, three of which had existed in one form or another since 1998. APC also had more than ten governors within its fold at the time of the 2015 election.

To be elected the president of Nigeria, a candidate needs to score not only the highest number of votes but must also secure 25% of the total valid votes in 24 states and the Federal Capital Territory. This is a major undertaking, requiring enormous resources and extensive presence. This requirement favours the party with not only solid structure but national spread and presence, and thus supports the projection that the 2023 election will be a straight fight between the two leading parties.

An important wrinkle here is that the governors and legislators, who control political resources and structures in the states, are also invested in the presidential election and will work studiously for their parties because a bandwagon effect could cost them their own posts. Only the two leading parties have the majority of sitting governors and legislators.

The realistic position is that it would be easier for the fringe and emerging parties, even with their charismatic leaders and supporting movements, to win smaller elections that will allow them to build structural muscle than to win a presidential election at the first attempt. But optimism sometimes gives pragmatism a knockout. The next eight months will confirm or dispel received notions about electoral politics in Nigeria. Interesting days ahead.