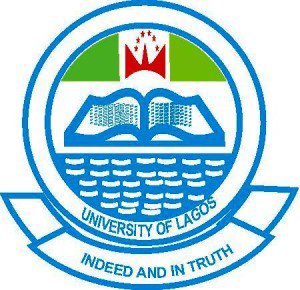 The Governing Council of the University of Lagos (UNILAG), on Friday, October 7, 2022, appointed Prof. Folasade Ogunsola as the 13th substantive Vice-Chancellor of the institution.
Her appointment was announced at the end of the special meeting of council.A statement from the university said her appointment is for five years with effect from Saturday, November 12, 2022 to Thursday, November 11, 2027.The appointment has made her the first female Vice-Chancellor of the 60-year-old university. She will succeed Prof. Oluwatoyin Ogundipe, whose five-year tenure will elapse on November 11.
Ogunsola, the daughter of the late eminent geographer, Prof. Akin Mabogunje, served briefly as the acting Vice-Chancellor in 2020, when the then Governing Council led by Dr. Wale Babalakin, SAN removed Ogundipe from office on account of alleged mismanagement and corrupt practices.
Ogundipe was later reinstated by the federal government.
Ogunsola is a Professor of Medical Microbiology and a consultant clinical microbiologist and infection control for the Lagos University Teaching Hospital.Born in 1958, she holds a PhD in Medical Microbiology, an MSc in Medical Microbiology with Distinction, and a Diploma in Biomedical Techniques from the University of Wales College of Medicine, Cardiff, among others.
A fellow of the Royal College of Pathologists, West African College of Physicians, National Postgraduate Medical College in Pathology, Nigerian Academy of Science, and Foundation Fellow of both the Nigerian Academy of Medicine and the Academy of Medicine Specialties.
Ogunsola had served as former Deputy Vice-Chancellor in charge of Development Services. Before that, she had also served as the pioneer and only female Provost of the university’s College of Medicine.She also served as a governing council member for three terms, ranking as the only one with a such number of years in the governing council among the contenders.
Ogunsola is said to have received various prestigious awards from both local and international bodies and has one hundred and 142 publications in reputable academic journals and has co-authored four books.
She has successfully supervised or co-supervised eight doctoral students and 61 master’s students.

Ogundipe, on behalf of the management, staff and students of the university congratulated her and wished her a successful tenure.