How Akeredolu won at Supreme Court 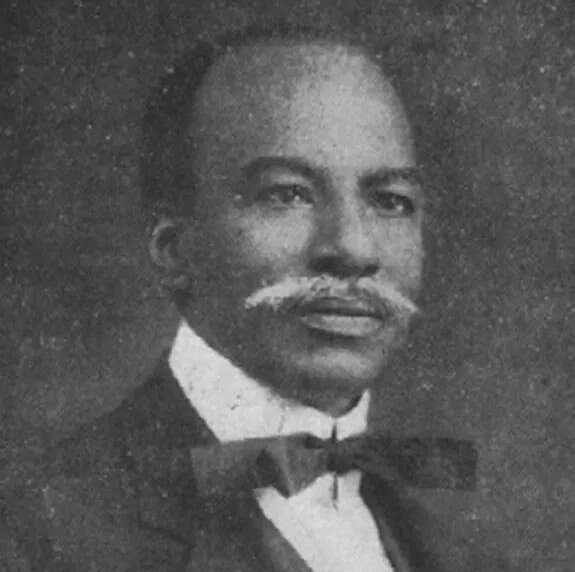 Herbert Macaulay (popularly known as HM) is unforgettable. He is deservedly remembered in various ways that celebrate his historical significance. The acclaimed nationalist, widely acknowledged as the ‘Father of Nigerian Nationalism,’ died 75 years ago, on May 7, 1946, at the age of 81.

He has been honoured again and again for his services to Nigeria. After the country’s independence from Britain in 1960, HM’s face appeared on Nigeria’s postage stamp, with the inscription “Championed Independence.” The Nigerian Shipping Calendar for 1972 showed the picture of a ship called The Herbert Macaulay.

The N1 note issued in July 1979 by the Central Bank of Nigeria (CBN) to mark its 20th anniversary bore HM’s portrait. The banknote was replaced with a coin that also showed him. When the N1 note was released, Macaulay was at first wrongly spelt as “Macauley.” The Macaulay family pointed out this embarrassing error.

The then CBN Director Domestic Operations, A.B.A. Obilana, in a letter to the family dated July 11, 1979, said: “We have noted your observations concerning the correct spelling of the surname “Macaulay.” We shall get in touch with our printers to see what can be done to ensure that the correct spelling of the name is used in subsequent issues of the N1 note. It has been a pleasure to us that the Central Bank could accord this honour to your ancestor and the country’s foremost nationalist.” Sadly, the currency is no longer in circulation, which defeats the purpose of its introduction.

HM’s statue stands at Herbert Macaulay Street, Yaba, Lagos. The Herbert Macaulay Senior Girls High School, named after him, is located a short distance from the statue. Another statue of HM stands in front of the Bookshop House, Broad Street, Lagos. The site of his residence, which was known as Kirsten Hall, is nearby.

ADVERTISEMENT
”It was an impressive and elegant one-storey detached building which has, regrettably, since been demolished, giving way to what now looks like a grotesque Post Office junk yard,” said Ambassador Dapo Fafowora, who delivered the maiden Herbert Macaulay Gold Lecture in 2017. I organised the lecture, with support from the Lagos State government, as part of the events to mark the state’s 50th anniversary.

Fafowora added: “The site is now at the back of the General Post Office House on the Marina. Long after Herbert Macaulay’s death, the house remained a tourist attraction and a sort of political Mecca for his admirers and political associates. Given his prominence as an outstanding historic and public figure in Lagos, I think the house should have been preserved for posterity, not demolished. The irony is that it was not the colonial authorities, but an indigenous government, that demolished the house to make way for the General Post Office, a singular display of the lack of a sense of history.”

HM’s rich library, which he called “The Temple of Peace,” was part of the house located in then Balbina Street. It was open to the public, especially to youths who were interested in reading. Macaulay’s desire was “to see the masses in this country educated, their intelligence stimulated and the minds well informed.”

In December 2002, the Association of Lagos State Indigenes (ALSI) put a plaque at the site of Kirsten Hall in an effort to signpost the place for posterity. Then President Olusegun Obasanjo, in a message to ALSI dated November 18, 2002, commended the group’s “decision to further embellish an already immortalised national hero.” ALSI used to organise a yearly Herbert Macaulay Memorial Lecture, and had introduced a Herbert Macaulay Merit Award.

A political celebrity, HM, in 1923, founded the Nigerian National Democratic Party (NNDP), which is noted as “the first well- organised political party in Commonwealth West Africa.”

At the age of 80, in 1944, he was the “Grand Old Man of Nigerian Politics,” and he emerged as the first President of the National Council of Nigeria and the Cameroons (NCNC). The late Dr Nnamdi Azikwe, popularly known as “Zik of Africa,” was the party’s Secretary. Zik acknowledged Macaulay as his “political father.”

He fought several battles against the British colonial government. He was an anti-colonial combatant by conviction and choice, for he could have followed the comfortable path of collaboration with the white colonialists if he wished. His background and education placed him among the elite of the society, and he had solid connections among the native intelligentsia. The British administration regarded him as too principled, too critical, too independent, too outspoken, too bold and too assertive.

He published the Lagos Daily News, which carried the inscription, “The First Daily Paper Published in Nigeria.” With his handle –bar moustache, white suits and black bow-ties, and his charming command of English, HM earned the epithet Oyinbo Alawodudu ( white man in black skin). He was also fondly known as “Champion and Defender of Native Rights and Liberties’’; “The Ghandi of West Africa’’; and “The Musical Wizard of Kirsten Hall.”

HM was outstanding beyond politics. He became a civil engineer in 1893 after completing his studies in England, and the Nigerian Society of Engineers (NSE) recognises him as “Engineer Number One.” Macaulay’s bust can be seen in front of the National Engineering Centre at Engineering Close on Victoria Island, Lagos. The Faculty of Engineering, University of Nigeria, Nsukka, established a Lecture Series in his honour. He was also an architect and surveyor.

His anti-colonial zeal cut short his life. At the height of the NCNC’s opposition to the Richards Constitution in 1945, on the grounds that it fell short of the party’s demand for self-government, he volunteered to go round the country with his associates to win the people’s support, disregarding his advanced age and failing health. He took ill in Kano during the tour, and the sudden illness forced him to return to Lagos, where he eventually died.

HM was born on November 14, 1864, in Lagos. His father was Reverend Thomas Babington Macaulay, founder and first principal of the CMS Grammar School, Lagos, which is the oldest secondary school in Nigeria, founded in June 1859. His mother, Abigail, was the second daughter of the Rt. Revd. Samuel Ajayi Crowther, the first African Bishop of the Anglican Communion, the Church of England, who first translated the English Bible into Yoruba.

The 75th anniversary of Herbert Macaulay’s death is a time to reflect on the state of Nigeria today, 60 years after the country’s independence, which the great man championed.