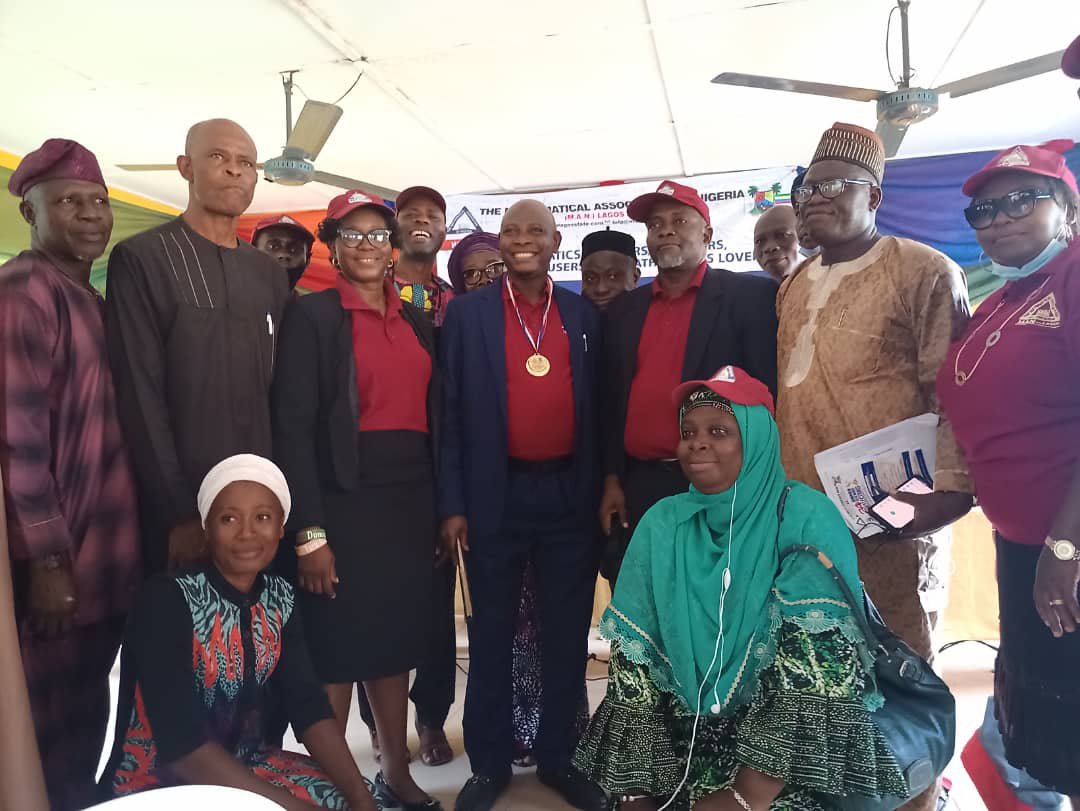 The Mathematical Association of Nigeria (MAN), Lagos State chapter has elected new set of executives to run affairs of the association for the next two years.

Mr. Sulaiman O. AYUBA and Mr Nurudeen Abdul are the Publicity Secretary 1 and 2 respectively while Mrs Adijat Azeez-Olowu is the new social secretary.
Mrs. Feyisara Sofoluwe emerged the Ex-Officio 1, just as Comrade Tirmsiu Adekunle Muhammed and Mrs Bolanle Akinnajo emerged as the Primary Schools Coordinator and Deputy coordinator respectively
Mr. AbdulRahmoni Ojo Agbaje is the new Business Manager while the new Editor is Mr Kennedy Akudo.
In his acceptance remark, the newly elected president of the Association, Dr Nasirdeen Ayinde Malik, said the new regime has made resolution of the problem of failure in Mathematics its number one priority.
“We want to make Mathematics more pleasurable. For years people have been failing mathematics at WAEC and NECO. We ask ourselves what has contributed to this. This is part of the questions this regime wants to provide answers to”, he said.
He said the association will be organising training and workshops in association with the ministry of education and other stakeholders to work on difficult topics.
He therefore challenged teachers of Mathematics at primary, secondary and tertiary institutions to identify with MAN, saying one of the challenges faced by the association is ensuring teachers identify with activities of the body.
The newly installed fellow of MAN, Comrade Abiodun Hassan, identified use of instructional materials, songs and mnemonic devices as measures that will simplify the subject and arouse attention of students.
“The problem with teaching and learning of mathematics we have about 66 of them divided into eight categories. We have the problem from students, from the teachers, from the society, from the social media and so on. They are so many. The students see it as problematic because of teaching method. If you use all these play away methods you will have positive results”, Hassan said.
He also said teachers should deemphasise monetary gain and see the students as their personal children and the future.