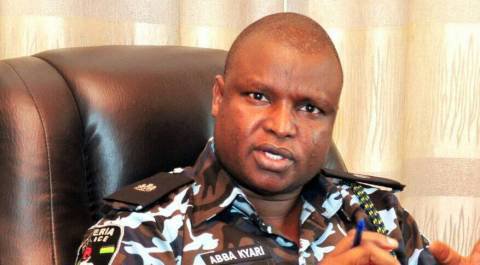 More trouble appears to be looming for the suspended Commander of the Inspector General of Police Intelligence Response Team (IRT), ACP Abba Kyari, as the National Drug Law Enforcement Agency (NDLEA) launches into the probe of the seizure of a large consignment of Tramadol, an illegal drug, in Lagos.

The alleged seizure, it was learnt, was not disclosed to the agency.

The NDLEA, Sunday Vanguard understood at the weekend, commenced the probe as those close to Kyari in the police were believed to be worried that more alleged illegalities linked to the team led by the police officer may be uncovered.

Kyari had been arrested last week after the NDLEA busted a drug ring operating the Brazil – Ethiopia – Nigeria route.

The agency alleged that he was a member of the syndicate and went ahead to ask a court to extend his detention to facilitate investigation into the activities of his team.

Sources close to the NDLEA told Sunday Vanguard at the weekend that the Abba Kyari team had been linked to the alleged seizure of a large consignment of Tramadol in a warehouse at Amuwo-Odofin area of Lagos.

The consignment, according to the sources, was worth N3billion and it was imported into Nigeria by an individual who claimed to be a pharmacist.

IRT it was learnt, allegedly got wind of the consignment and stormed the warehouse where the illegal drug was stocked, leading to the seizure.

Multiple sources at the NDLEA said the agency ordinarily should have been told of the alleged seizure which was said to have taken place last year, saying the Abba Kyari team did not inform the agency of the development.

“What this means is that the IRT may have sold the consignment of Tramadol to a cartel after storming the Amuwo Odofin warehouse and seizing the Tramadol”, one of the sources said.

“We have launched a probe into the case with a view to getting to the root of the matter”.

Efforts to get the NDLEA spokesmen, Mr Femi Babafemi, to comment on the story last night were unsuccessful.

But a top official at the agency’s headquarters in Abuja told Sunday Vanguard that operatives were investigating the case.