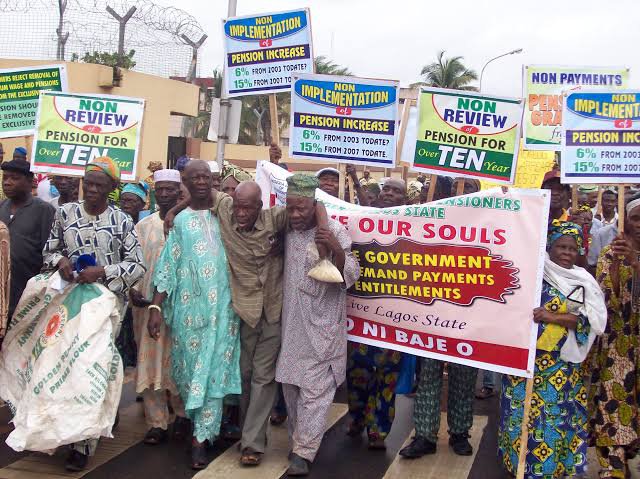 Contributory pensioners in Lagos State under that banners of Association of Retirees and PFA Pensioners have appealed to the government to pay all arrears of pension and other entitlements owed pensioners in the state.

In a petition submitted to the Lagos State Governor, Mr Babajide Sanwo-Olu, the association also called for the fulfilment of the promise of health insurance scheme as well as free transport to pensioners by the government.

The petition signed by the president and secretary of the association, Mr Michael Omisande and Mr. Johnson Olagbaye as well as coordinators of the association in all the local government areas in the state also sought increase of the entitlements issued to retirees at the point of exiting service by upgrading the template used in the calculation.

The pensioners observed that the current pension scheme was supposed to be an improvement on the former pension scheme which was riddled with corruption.
The pensioners also sought increase in the monthly pension paid to contributory pensioners at all levels so that they can earn a living wage.
Painting a graphic picture of the suffering contributory pensioners are enduring, the association disclosed that, on the average, assistant directors receive N48,000 per month, deputy director, N52,000 and full director earn N70,000 pension per month, some others receive as low as N7,000 per month . These the association considered grossly inadequate in view of the prevailing economic condition in the country.

According to the association, members are dying as they receive monthly notifications of ten deaths as a result of inability to take care of their health and other basic needs.