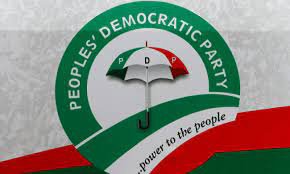 The Peoples Democratic Party (PDP) presidential screening committee led by Senator David Mark has disqualified two of the 17 presidential aspirants seeking to contest the 2023 election on the platform of the party.

Senator David Mark announced the disqualification of the two aspirants to journalists on Friday evening after the conclusion of the process at Legacy House in Abuja.

Mark also said two disqualified aspirants are to forfeit the N40 million paid for the expression of interest and nomination forms as he questioned why they should be refunded their monies while answering questions from newsmen.

The committee chairman also refused to mention the names of those disqualified, saying “don’t ask me those that are involved”.