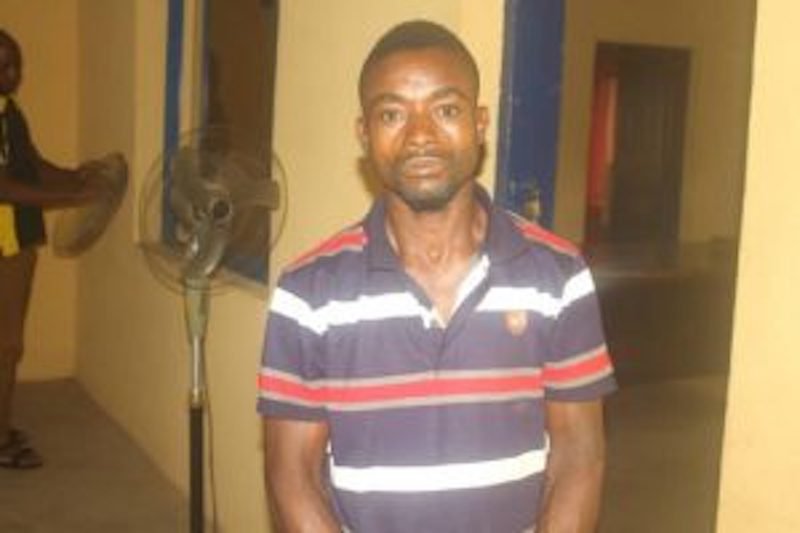 The Ondo State Police Command have arrested a 38-year-old man, Sunday Udoh for Impregnating his 15-year-old daughter in Ile-Oluji/Oke-Igbo Local Government Area of the state.

The Police Public Relations Officer in the state, SP Funmilayo Odunlami, in a statement made available to journalists yesterday, explained that Udoh was arrested while attempting to procure abortion for his daughter at a healthcare centre in Ile-Oluji.

She said: “On 26th of April, 2022, policemen attached to Ile-Oluji Division received a complaint of an attempt to procure abortion by one Sunday Udoh ‘m’, Aged 38, at a health care centre in Ile-Oluji.

“During investigation, it was revealed that the suspect was attempting to procure abortion for her daughter (Name withheld) of about 15 years old whom he has been having sexual intercourse with.

“The case is currently being handled by the Gender Office of the State Criminal Investigation Department in Akure.”

She added that the suspect will be charged to court upon completion of investigation.

This comes two weeks after the command arrested a 28-year-old printer, Tolulope Akinyemi, for unlawfully and indecently assaulting his 17-year-old sister (names withheld), at his backyard.

Tolulope had been allegedly having sexual intercourse with the victim, who happens to be his step-sister, while he had impregnated her twice and aborted for her.

The police on Thursday took the suspect to a Magistrate Court sitting in Akure on a two-count charge of rape and manner likely to cause the breach of peace for forcefully having carnal knowledge of his blood sister.

According to the police prosecutor, Mr. Benard Olagbayi, the defendant committed the offence on April 18, 2022, at about 10:00p.m. at Road 4, Valentino Quarters, Ondo, in Ondo West Local Government Area of the state.