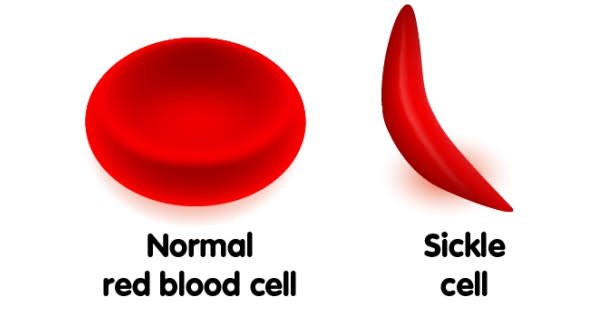 As someone who lives with sickle cell, I usually go to the hospital for an out-patient appointment every quarter. I remember some years ago, my haematology consultant told me about the importance of taking some vaccines because of living with sickle cell. As we arrived at his office and sat down, he continued ‘Miss Dehinde, you need to know that sickle cell gets worse with age.’ The Nigerian and Christian in me quickly ‘rejected’ what he said in my mind. How naïve I was. I cast my mind to the human body that apparently declines as we get older; it is called aging and affects both genders. Below are some of the parts or organs of our bodies that decline with age:

The brain starts aging at 20

In effect, as we get older, the number of nerve cells in the brain decreases. We start with around 100 billion, but in our 20s this number starts to decline. By 40, we could be losing up to 10,000 per day, affecting memory, coordination and brain function.

The gut starts aging at 55

A healthy gut has a good balance between harmful and ‘friendly’ bacteria. But levels of friendly bacteria in the gut drop significantly after 55, particularly in the large intestine, says Tom MacDonald, Professor of Immunology at Barts and the London Medical School. As a result, we suffer from poor digestion and an increased risk of gut disease. Constipation is more likely as we age, as the flow of digestive juices from the stomach, liver, pancreas and small intestine slows down.

The bladder starts aging at 65

Loss of bladder control is more likely when you hit 65. The bladder starts to contract suddenly, even when it’s not full. Bladder capacity in an older adult generally is about half that of a younger person. Women are more vulnerable to bladder problems as, after the menopause, declining oestrogen levels make tissues in the urethra – the tube through which urine passes- thinner and weaker, reducing bladder support.

The lung starts aging at 20

Lung capacity slowly starts to decrease from age 20. By the age of 40, some people are already experiencing breathlessness. This is partly because the muscles and the rib cage which controls breathing stiffen up. It’s then harder to work the lungs and means some air remains in the lungs after breathing out – causing breathlessness.

The eyes start aging at 40

Glasses are the norm for many over-40s as failing eyesight kicks in. As we age, the eye’s ability to focus deteriorates because the eyes’ muscles become weaker, says Andrew Lotery, Professor of Ophthalmology at the University of Southampton.

The heart starts aging at 40

The heart pumps blood less effectively around the body as we get older. This is because blood vessels become less elastic, while arteries can harden or become blocked because of fatty deposits forming on the coronary arteries – caused by eating too much saturated fat. The blood supply to the heart is then reduced, resulting in painful angina.

The liver starts aging at 70

This is the only organ in the body which seems to defy the aging process. “Its cells have an extraordinary capacity to regenerate,” said David Lloyd, a consultant liver surgeon at Leicester Royal Infirmary. He stated that he could remove a liver through surgery and it would grow to the size of a complete liver within three months. If a donor doesn’t drink, use drugs or suffer from infection, then it is possible to transplant a 70-year-old liver into a 20-year-old.

The kidneys start aging at 50

With kidneys, the number of filtering units (nephrons) that remove waste from the bloodstream starts to reduce in middle age.

One effect of this is their inability to turn off urine production at night, causing frequent trips to the bathroom. The kidneys of a 75-year-old person will filter only half the amount of blood that a 30-year-old’s will.

The bones start aging at 35

”’Throughout our life, old bone is broken down by cells called osteoclasts and replaced by bone-building cells called osteoblasts – a process called bone turnover,’’ stated Robert Moots, A Professor of Rheumatology at the Aintree University Hospital, Liverpool. Children’s bone growth is rapid – the skeleton takes just two years to renew itself completely. In adults, this can take 10 years. Until our mid-20s, bone density is still increasing. But at 35 bone loss begins as part of the natural aging process. This becomes more rapid in post-menopausal women and can cause the bone-thinning condition osteoporosis. The shrinking in size and density of bones can lead to loss of height. Bones in the back shrivel up or crumble between the vertebrae. We lose two inches in height by the time we’re 80.

The teeth start aging at 40

As we age, we produce less saliva, which washes away bacteria, so teeth and gums are more vulnerable to decay. Receding gums – when tissue is lost from gums around the teeth is common in adults over 40.

The muscle start aging at 30

Muscle is constantly being built up and broken down, a process which is well balanced in young adults. However, by the time we’re 30, breakdown is greater than build-up, according to Moots. Once adults reach 40, they start to lose between 0.5 and 2 per cent of their muscle each year. Regular exercise can help prevent this.

More than half of people over 60 lose hearing because of their age, according to the Royal National Institute for the Deaf. The condition, known as presbycusis, happens due to a loss of ‘hair cells.’

There are other parts of our bodies that decline as well, for example hair and skin. Five years later, I recollect the conversation I had with my consultant and smile. I smile because everything he said then was true. Sickle cell affects our bones as we get pains in our joints, chest, stomach, plus sickle cell results in other complications and organ damages. Reading articles on aging, I thought how could I think that sickle cell would get better with age?

If you would like to get in touch with me about this article or about sickle cell, do so, via email: t.dehinde@yahoo.com and do visit my blog: www.howtolivewithsicklecell.co.uk. The e-copy of my book on sickle cell – How To Live With Sickle Cell is available for purchase on www.toladehinde.com and if you want to purchase a paperback version, it is available on Amazon.