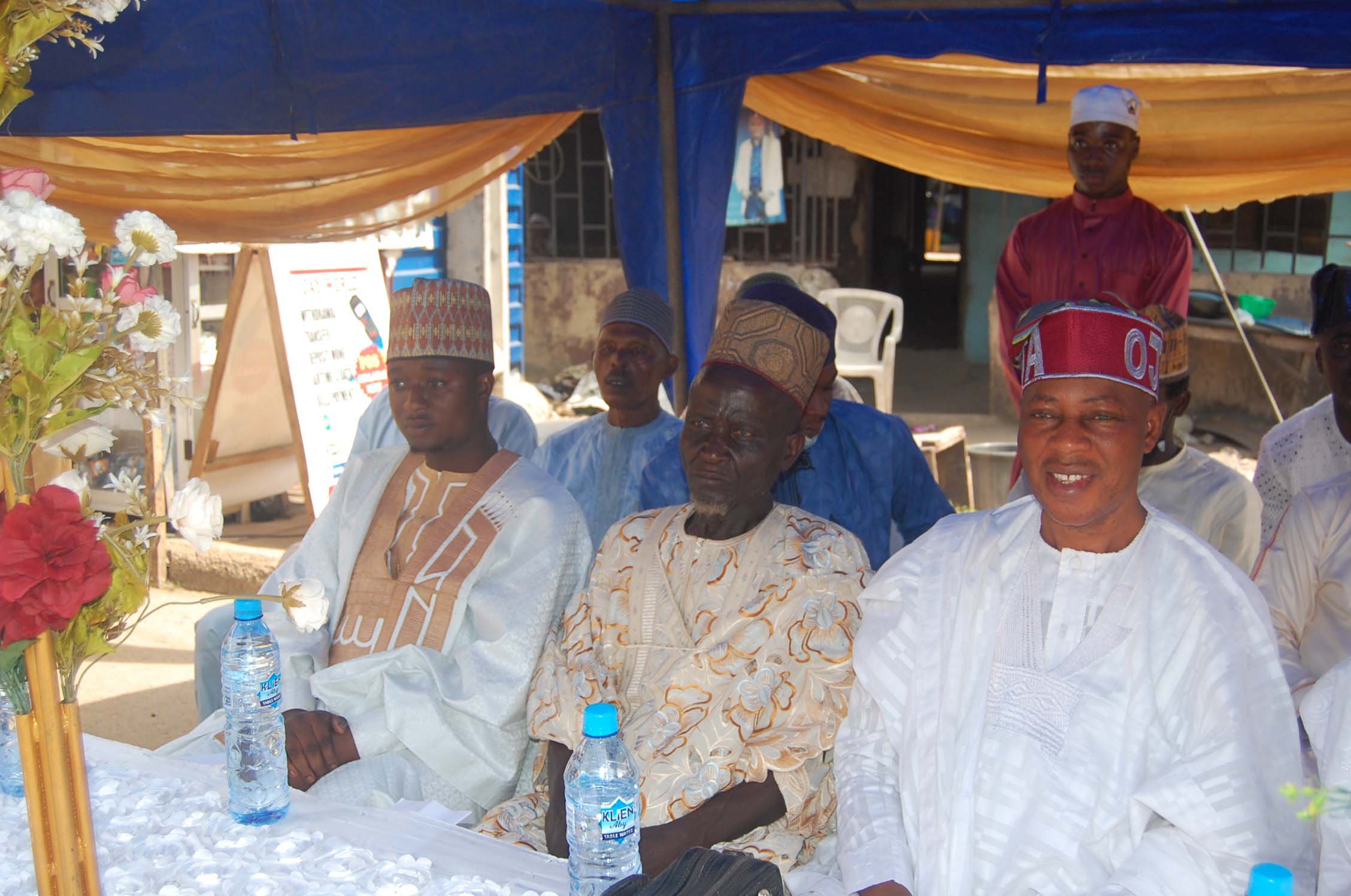 Muslims have been tasked to spend their wealth and talents in the way of Allah in order to make provision for the hereafter.
Delivering a lecture at the first turbaning and award ceremony of the Aiyegbajeje, Mosque, Iyana Ipaja, Lagos State, Ash Shaykh Hussain Isa (Al-Mubarak), identified thanksgiving and spending in the ways of Allah as one of the ways Muslims can perpetuate their wealth and guarantee Paradise.
‘All of us will depart this world. Allah will raise us all to give account. It is what we do with what have done with what He has given us. Let us check ourselves by remembering the day we would be called to give account’, he declared while charging the awardees and those who have turbaned to see their titles as positions of trust.
‘The wealth and positions Allah has given us are for a defined period. All of us and what we have been endowed with would come to an end. Only Allah would not end’, he added.
The lecturer condemned the pervasive culture of indecent dressing among women, while imploring Muslim parents and husbands to check their children and wives’ dressing.
The chairman of the mosque, Alhaji Ibraheem Abdulkareem Abiola, said the sole criterion for the awards was contribution to the cause of Islam in general and development of Aiyegbajeje mosque in particular. He dwelled specially on the women among the awardees who have ensured cleanliness of the mosque.
Those who were turbaned include Alhaji AbduSalam Abdurafii Olaribigbe, the Imam, Alhaji Monsuru Oladipupo Ajibola, Seriki Adinni; Alhaji Idris Adigun Adewusi, Baba Adinni; Alhaji Rafiu Akande Erubami, Balogun Adinni; Alhaji Muftau Adegoke Olaifa, Sanmori Adinni.
Others are Alhaja Sikiratullah Mojisola Oyegbola, Iya Adinni; Alhaja Adiat Adunola Ajibola, Arowosadinni; Alhaja Assanat Anike Adewusi, Iya Sunnah and Mrs Serifat Bodede, Akeweje Adinni.
Those who received merit award include Alhaji Honourable Olaifa Jimoh Aremu, Alhaji Ibraheem Abdulkareem Abiola, Mr Ayinde Kamal, Ameer Abdulakeem Olanrewaju Ojoye, Brother Orekan Qasim Abiola, Mr Abdugafar Isah, Mr. Nurudeen Olawale Bodede, Brother Adedeji Dhikurullahi Kolawole, Brother Jamiu Bodede and Brother Abdulkabir Rasheed.
Others are Brother Kazeem Olayinka, Brother Daud Aiyegbajeje, Alfa Daud JImoh, Brother Muiz Aderohunmu, Alfa Sodiq Beyiose, Mr Olaniran Olatunji, Alfa Idris Odunayo, Hajia Khadijat Abdulraheem Orekan, Hajia Owoduni Rukayat and Mrs Rafiat Rasheed.
In his own address, the chairman of the event and member of House of Representatives, Alhaji Honourable Olaifa Jimoh Aremu, implored the awardees not to relent in their efforts, saying it is an opportunity to do more.