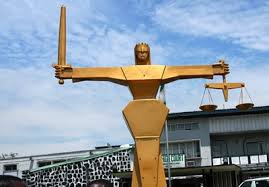 Daniel was charged with child defilement before Justice Oluwatoyin Taiwo.

Delivering judgment, Justice Taiwo held that the prosecution failed to establish the charge of defilement against the defendant.

This was because the survivor failed to show up in court during proceedings to testify.

But the court held that the confessional statement by the defendant, which was made voluntarily, showed that he sexually assaulted the minor.

Justice Taiwo held that the defendant admitted to fondling the breast of the victim twice and attempted to have sex with her but he could not have penetration as she was a virgin.

“The defendant is hereby convicted on the charge of sexual assault of a child.

“You are a teacher and you were touching the breast of your student. You would have gone for life if the victim had come to court to testify,” the judge said.