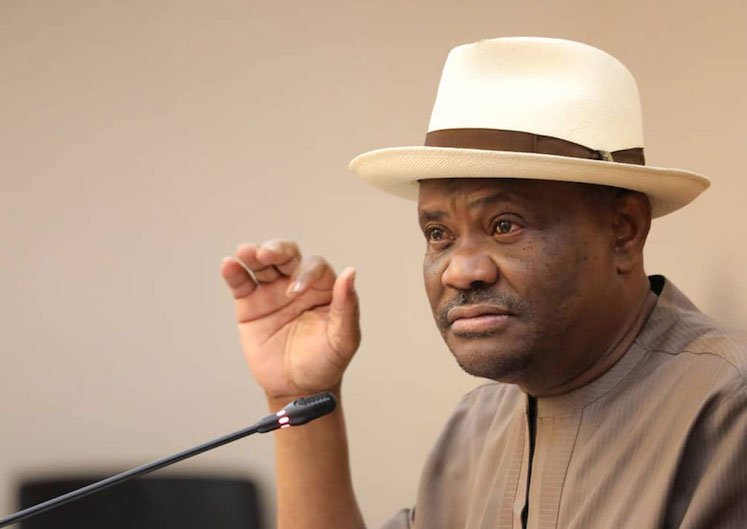 The engrossing but enervating fracas within the Peoples Democratic Party (PDP) worsened last week. It had been expected that the party would use the weeks and days before the official commencement of political campaigns to address the divisions within its ranks to enhance its chances of returning to power at the centre. But it seemed the gladiators in PDP didn’t get that memo. They opted for escalation.

The escalation ensured that PDP dominated the news, and the captivating drama from the party made for good headlines and quality political entertainment. But it is a zero-sum. The gains of the readers and watchers are losses to PDP. The party came off as a house irredeemably divided against itself and, worse, as possibly not ready to regain power or even to make a strong bid for it. This is not where a major and serious party should be a week or a few days to the commencement of a campaign season.

A divided and distracted PDP will be a boon to the ruling party and the other emerging parties, and it won’t be a surprise if one of these parties is fuelling the conflict or at least positioning to gain from it. But a weakened PDP reduces the stiff electoral competition some are hoping for and robs the electorate of more options. For itself and for the system, PDP needs to get its act together. The long campaign period is thus a window of redemption for the leading opposition party.

For now, it is safe to argue that redemption is the last thing on top of the mind of the key dramatis personae in the party.

Last week alone, PDP entertained the country with three episodes of its post-primary’s blues. On Wednesday, Governor Nyesom Wike of Rivers State and those in his camp announced they would not participate in the campaign council of their party’s candidate, Alhaji Atiku Abubakar, until the resignation of their party’s chairman, Dr. Iyorchia Ayu.

They want Ayu to give way for an acting chairman from the southern part of the country. The resolution was read by Chief Bode George, a former deputy national chairman of the party, and the meeting was attended by current and former governors and other senior members of the party. I think this was a deliberate attempt at signalling what many have always known but which some may prefer to overlook: the relative weight of the Wike camp.

The second episode arrived swiftly. Candidate Atiku more or less told Wike and his supporters off but in elegant language. In a personally signed statement on the same day, Atiku said he was surprised about the withdrawal of members of the Wike camp from his campaign council. But more fundamentally, he posited that only Ayu can decide if he wants to resign or not, and that anyone contemplating Ayu’s removal must follow the process laid down in the party’s constitution. He went on to paint a short but grim picture of Nigeria’s current desperate pass and urged his fellow party members and others to join him in the quest for an opportunity to reposition the country. The summary of the well-crafted prose (which managed to conceal his frustration and possibly anger): it is unfortunate you are withdrawing from the campaign council but there is nothing I can do about your request for Ayu’s resignation or removal.

The third episode came on Friday but was well foreshadowed. It came in the form of an elaborately orchestrated media chat, broadcast live, for full effects, by a few television stations. Wike held court, though without his signature band. He made numerous and weighty allegations against Atiku, Ayu and others. He also reconfirmed that he and his camp will not leave PDP and he warned those who have been going in and out of the party of the consequences of expelling him. Wike’s media chat trended on social media on Friday and, expectedly, blanketed the traditional media the following day. He seems to have mastered how to use the bully pulpit.

Taken together, the three episodes of high drama that PDP gifted the country last week suggest that the two parties have arrived at a definite deadlock. In a manner of speaking, the differences between the Atiku camp and the Wike camp are now absolutely irreconcilable. Since politics is the art of the possible, we should not rule out the two parties kissing and making up, even long before the polls.

In the interim, however, some questions are legitimate. What will be the next move of each camp? Will this be a peaceful separation or a hostile one? Will each party just ignore the other or will it actively try to undermine the other? These are reasonable questions since Wike has said he is not planning to leave PDP and his group has vowed not to join the Atiku presidential campaign. My sense is that things will further escalate, then settle. Wike is not the type to go quietly. It is also not inconceivable that many within the PDP would get tired of his theatrics, and insist first on calling his bluff, then on flashing him a red card. But the test of strength is likely to be eclipsed by practical politics.

In my column two weeks ago (The Wike Thing around PDP’s Neck), I submitted that PDP now has a Wike problem, one that must be resolved one way or the other. Wike sure has his personal grouses with Atiku and Ayu. Many people within and outside the party cannot stand the way he comports himself or talks. But he has managed to become the rallying point for the disgruntled and the alienated in his party, including those now conveniently interested in only fairness and equity in the party and in the country at large. Even with the wealth and status of Rivers State, it would have been easy to isolate and ostracise Wike as someone just throwing tantrums for being passed over twice if he were standing alone.

But he is not alone. He has three to six other PDP governors and other PDP heavyweights with him. Wike has leverage. He knows it. The people visiting and courting him within and outside the country also know it. This is what accounts for his swagger, and the restraint of those ranged against him. So, what is at play is much more than the votes and the resources from Rivers, even if those helped Wike in acquiring his outsized stature in the first place.

The significance of the leverage by Wike and his camp is further enhanced based on the fact that both Mr. Peter Obi of Labour Party (LP) and Senator Rabiu Musa Kwankwaso of the New Nigeria Peoples Party (NNPP) are expected to take away from traditional PDP’s votes in the South East and North West respectively. Asking Wike and company to do their worst may not be sound politics.

It is on the basis of PDP’s weakened state and the further harm that Wike and his camp can cause that I see realpolitik eventually trumping logical and legalistic arguments. It is true that the party’s chairman can and should only be removed through due process. It is proper that the line of succession stipulated by the constitution of the party be respected. It is equally important to ensure that a disaffected group not be allowed to push out the chairman of the party and to not enable a culture where anyone with a grouse would insist on holding the party to ransom.

But after a detached analysis of the state of play and the stakes at play, Atiku is likely to nudge both Ayu and his party to find a face-saving way to make the concession. Ayu himself may choose to make things easier for his party and its presidential candidate. Almost 76, Atiku has the last chance to clinch the position he has been aspiring to since 1993. If he doesn’t win in 2023, no one will give him a look-in in 2027 when he will be 80. I don’t think he will allow ego, logic or his long-term relationship with Ayu to circumscribe his chances this time.