by Demola
admin@example.ng
August 14, 2022 0 14 mins 6 mths
The Perils of Ethnic Profiling and Prejudice 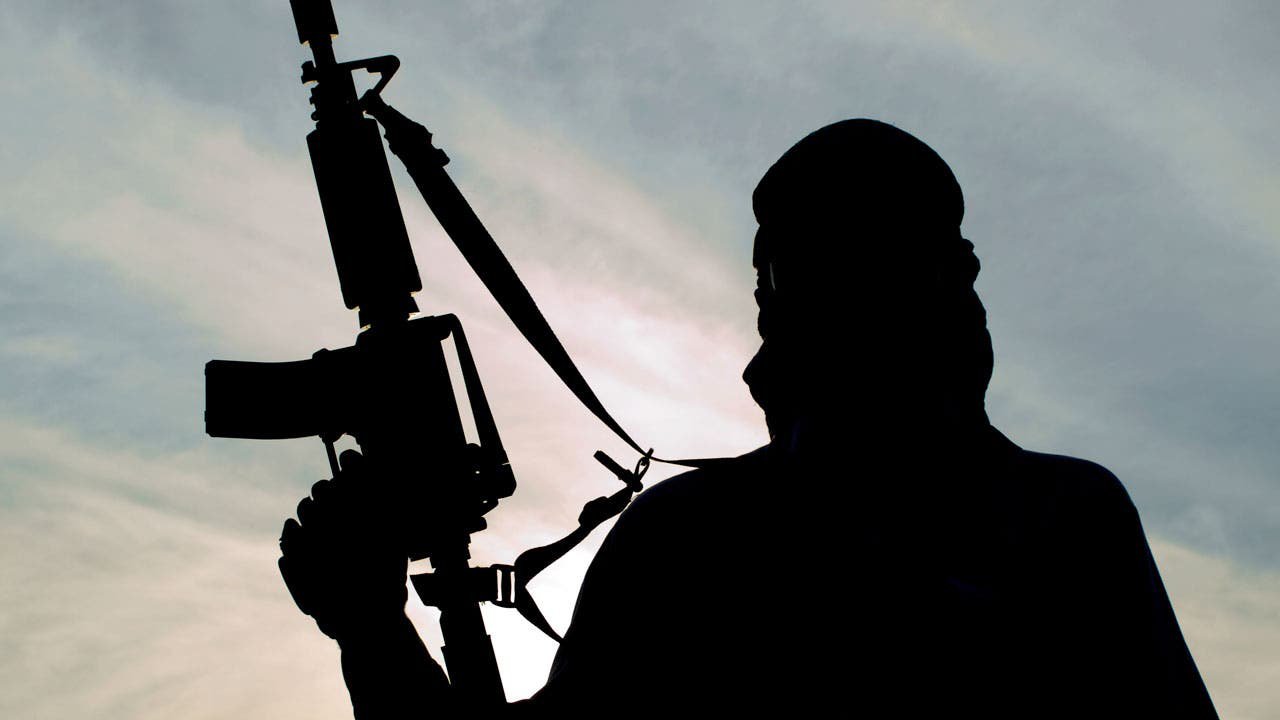 Let’s call it a tale of two WhatsApp broadcasts. On June 5, 2022, I received this chat from an older friend whom I call “uncle” because of the age difference: “Today in Owo at St Francis Catholic Church Owaluwa street Owo, Fulani herdsmen on rampage.” It was accompanied with videos of the terror act in which 80 defenceless worshippers were murdered in cold blood. I can’t stand gory sights, so I did not open the videos. I already read the news and the heart-wrenching details and did not need any visuals. The Owo attack shook me gravely: I started fretting and wondering if the terrorists were about to open a new frontier in their attacks on the peace and stability of Nigeria.

On August 9, 2022, I received another WhatsApp broadcast from uncle. It had a title: “Owo Massacre: Arrested Suspects are Mostly Ebira.” It read: “Two of the masterminds of the deadly terrorist attack on St. Francis Catholic Church in Owo, Ondo State, South-West Nigeria have been arrested. The suspects described as top commanders of Islamic State West Africa Province ISWAP in Nigeria, are 39-year old Jimoh Ibrahim, Idris Abdul Malik Omeiza, Momoh Ojowu Abu, Aliyu Yusuf and Auwal Onimisi.” By popular accounts in June 2022, echoed by sections of the media, the attackers were “Fulani herdsmen”. Two months later, they were Ebiras from Kogi state.

You see, to set Nigeria on fire through ethnic profiling and hate-mongering in order to promote the “this country cannot work” mindset is not that difficult. Just craft a fantastic narrative that will sell ethnic and religious prejudice and get the hate merchants to help you nurture it. You are good to go. If some Yoruba taxi drivers in Jos are found to have kidnapped a passenger, just start a narrative around “Yoruba kidnappers” and soon enough, every criminal in Plateau state and northern Nigeria will be called “Yoruba kidnapper”. Anytime anyone is kidnapped, the template is set: “Yoruba kidnappers abduct passengers in Riyum.” It doesn’t matter if the kidnappers are Beroms or Hausas.

Let me be clear again: I do not deny that many criminals wreaking havoc across the country are Fulanis. This has been well established in many places, north and south. I also know that there is a perception that the criminal elements are getting a pass because President Muhammadu Buhari, himself a Fulani, has failed to come down heavily on them. It is a very popular notion. What I object to, and will continue objecting to, is the demonisation of a whole ethnic group because of the criminal conduct of a tiny minority. Suddenly, all kidnappers and killers in Nigeria are “Fulanis”. People of other ethnicities are clean — they don’t kidnap or kill. That is the prevailing narrative.

Here is my point: we should never rush to attribute crimes to members of an ethnic group before the actual facts are established. In August 2017, gunmen attacked St Philips Catholic Church, Ozubulu, Anambra state, on a Sunday morning, killing 35 worshippers. Internet was immediately awash with claims that “Fulani herdsmen” and “Boko Haram” were behind the massacre. The police commissioner said it was local war. He was savaged and ridiculed on Twitter over the “newfound efficiency” of the police in establishing the facts of a crime. It did not take us long to discover that it was indeed a gang war between drug lords who were trading in meth. Ethnic profiling is deadly.

How do we tackle ethnic profiling? The least we can do is stop prefixing terrorists, bandits, robbers, drug pushers and fraudsters with “Yoruba”, “Igbo”, “Fulani”, etc. Criminals are criminals. There is no ethnic group in Nigeria that does not have criminals in abundance. I felt quite uncomfortable when the military authorities identified the suspects behind the Owo attack as “Ebira”, “Egbirra” and “Ebra”. I believe it was enough to identify them as coming from Okene, Kogi state, and leave the rest unsaid. I suspect the authorities were eager to disprove the “Fulani herdsmen” claim, but they may end up profiling Ebiras. Every Ebira now stands the risk of being perceived as a terrorist or bandit.

Ethnic profiling promotes ethnic hate. We have to deal with it. For starters, maybe we should start celebrating the good in others rather than magnifying the bad in them? Maybe we should free our minds to also see the professionals and entrepreneurs from other ethnic groups, not just the outlaws? Maybe we should start seeing others as human beings like us: imperfect, self-interested, territorial and capable of doing good and bad? Maybe we should judge people individually rather than collectively? As a Nigerian who has experienced prejudice in foreign lands because of the adventures of a few fraudulent Nigerians abroad, I can never be an evangelist for ethnic profiling.

When Mr Peter Obi, the presidential candidate of the Labour Party (LP), picked Dr Yusuf Datti Baba-Ahmed as his running mate, I was gratified by the way “Obidients” welcomed him with open arms. They started celebrating his two degrees in economics. They started casting his Fulani roots as an electoral asset. I said: “This is it!” On another day, those who celebrated him would typically have called him a “Fulani terrorist” or “Fulani cow”. They would otherwise have derided his degrees as a product of “quota system”. But the same human being, from the same ethnic stock and the same religion, is being cast in a good light. Yes, that is what you see when you pocket your prejudice.

Aside ethnic profiling, identity politics is also being deployed to promote ethnic hate. You will later find out that people are just playing politics. For instance, the heartland of the resistance to “Fulani jihad” in northern Nigeria today is Benue state. Yet, I understand that most Benue delegates voted for Alhaji Atiku Abubakar, a Fulani Muslim, in the presidential primary of the Peoples Democratic Party (PDP). Dr Iyorchia Ayu, the PDP chairman and a Christian from Benue, worked for Atiku, not Chief Nyesom Wike, his fellow Christian. Ayu embraced Rt Hon Aminu Tambuwal, another Fulani Muslim, hailing him as the “hero of the convention” for delivering his delegates to Atiku. Politics!

Mr Babachir Lawal, the former secretary to the government of the federation, has been campaigning against Muslim-Muslim ticket since Asiwaju Bola Ahmed Tinubu, the APC presidential flagbearer, picked Alhaji Kashim Shettima as his running mate. However, he worked for Tinubu, a Muslim, in the APC primary despite the fact that Vice-President Yemi Osinbajo, a pastor, was also in the race. It would appear Lawal completely forgot about religion in this instance. It is understandable: if Osinbajo, or Rt Hon Rotimi Amaechi, had won the APC ticket, Lawal would not be in running for the VP slot. Tinubu settled for a Muslim and Lawal became a fiery northern Christian activist. Politics!

Anyone familiar with my writings knows that I am an advocate of “balancing” in a multi-ethnic and multi-religious society. I do not wish to depart from that. Not yet. However, I am intelligent enough to understand that we freely deploy politics and prejudice to promote a narrative. We take certain positions and ignore certain facts and realities because of our undeclared self-centred agenda. Which is perfectly human. The dangerous part, for me, is when we go overboard to propagate and promote ethno-religious hate and stoke fire. We need to draw a line. We have to choose between promoting peace and propagating hate. If Nigeria catches fire, we will all suffer the consequences.

As I was putting finishing touches to this article, I received this instructive broadcast from a friend: “Take a good look at the ongoing case of Ahmed Idris (the suspended accountant-general of the federation); he is being prosecuted alongside an accomplice in person of Godfrey Olusegun Akindele, a Yoruba man. They are being defended by the chambers of Kalu Uche & Co; all before a Yoruba Judge – Adeyemi Ajayi. So, in summary, a Hausa/Fulani man stole, his partner in crime is a Yoruba man, he is being prosecuted by the EFCC headed by another Hausa/Fulani man but engaged the services of a Yoruba prosecutor… and the accused are being defended by an Ibo man.”

The writer concluded: “Those who steal our common patrimony are always united in corruption, irrespective of tribes and religions; but whenever they want to hoodwink the unsuspecting citizens for their own gains, they amplify our fault-lines”. That is my point. We are all victims of insecurity, kidnapping, terrorism, corruption, inadequate infrastructure, economic hardship, and poor governance. Yet, we have managed to allow ourselves to be hoodwinked into promoting ethnic hate through profiling and identity politics. When those destroying Nigeria gather to plot and plunder, the last thing on their mind is ethnicity or religion. I hope we would wake up to this reality someday.

AND FOUR OTHER THINGS…

Mallam Abubakar Malami, the attorney-general of the federation, has been fighting tooth and nail to make us pay $418 million to consultants who said they were engaged to help use their calculators to determine what was due to the states from the Paris Club refund. On Thursday, he insisted that the claims are justified. What he did not add was that there is still a case in court challenging these claims. If we are really serious, the Economic and Financial Crimes Commission (EFCC) should have been unleashed on the claimants and their lobbyists by now to uncover the shady details — as was done in the P&ID case — but it seems there is more to this than we are being told. Nigeria!

The arrest of suspected perpetrators of the June 4, 2022 Owo massacre is heart-warming, even if it cannot bring back the lives of those heartlessly gunned down by the terrorists. I don’t know if anyone has noticed this but Ondo is one of the very few states where perpetrators of these dastardly acts are being brought to justice. In June 2022, three persons were sentenced to death for the murder of Mrs Funke Olakunrin, daughter of Reuben Fasoranti, the former leader of Afenifere. In 2017, seven people were imprisoned for life for kidnapping Chief Olu Falae, former minister of finance. Rather than just lamenting and alleging conspiracy, we should seek justice. Always.

Seven more kidnapped victims of the Abuja-Kaduna train attack were released on Wednesday after over four months in captivity. The sorry sight of a family with four children hit me very hard. This is what Nigeria has become. The bandits, or terrorists, are having a ball at our expense. According to reports, not only did the federal government meet their demands of having their commanders and family members released from prison, they still went ahead to collect ransoms before releasing their victims. We do not want to use military force because they are using the victims as human shield. Clearly, the advantage is with the criminals until we figure out how to conquer them. Damning.

It is now six full months since university students have been at home as a result of the strike embarked upon by the Academic Staff Union of Universities (ASUU). A big bone of contention, obviously, is the insistence by the federal government that university employees should be enrolled on the integrated personnel and payment information system (IPPIS) for more transparency on the wage bill. ASUU has developed the universities transparency accountability solution (UTAS) which it says is better. For us to resolve this crisis and move forward, I would advise that (1) the federal government should accept UTAS (2) ASUU should allow UTAS to be linked to BVN. Compromise.