Five Common Errors about Nigeria (I)

How Far Can Peter Obi Go?

The Supreme Court, the Hijab Decision and the Secular State Theory 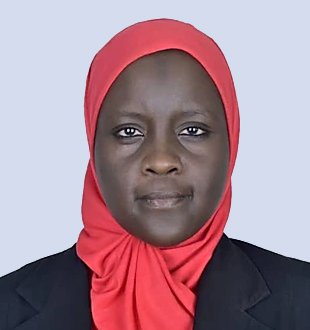 On Thursday 16 June 2022, the Supreme Court of Nigeria delivered a judgement that
approved the use of hijab by Muslim female pupils in Lagos State’s public primary and secondary schools. The implication of the decision as a matter of law is that any Muslim girl or woman attending all public educational institutions in Nigeria has an unfettered right to the use of hijab if they so choose. Unsurprisingly but regrettably so, a considerable number of Nigerians, most notably of the Christian faith and Christian organisations have expressed displeasure at this stance of the Supreme.

Not only were different social media platforms massively deployed for the various expressions of disapproval of the decision, but a lawyer in fact also wore traditionalists’ attire into a court as practical manifestation of his perspective on the decision. The main plank of the arguments against the decision is that Nigeria is a secular state and that the issue of religion as manifested by the Hijab case should be left in the realm of private observance. Thus, there are charges of Islamization of Nigeria or that of clear bias for Islam as a religion. In fact, in the online version of The Sun Newspaper of 10 July 2022, some lawyers alluded to the fact that the hijab decision seems to protect only a particular religion and could pose a threat to the unity of Nigeria; it is insensitive to the religious rights of others and could also promote religious bigotry. Out of all the comments against the hijab decision, it is the expressions of disapproval by lawyers and the basis of such expressions that worries me the most.

In the first instance, even though the theory of Nigeria being a secular state is always constitutionally anchored on the provisions of section 10 of the 1999 Constitution, as amended, this is not the only perspective on the matter. The other aspect of the debate, which is more realistic in my view, is the multireligious state theory. This theory is also very much sustainable within the same provisions of Section 10 that neither a state nor the federal government shall adopt any religion as state religion. Former Archbishop of the Catholic Diocese of Abuja, Mr John Olorunfemi Onaiyekan in the foreword to a book (Religion, Politics and Power in Northern Nigeria, 1993) by Bishop Mathew Hassan Kukah of the Catholic Diocese of Sokoto succinctly demonstrated the fallacy of the secular state theory in the following timeless words – [E]ven nations which make much of separation of religion and politics find many ways in practice to act against this principle. It seems to me that this is why our prolonged debate over the “secular” nature of the Nigerian state has remained inconclusive. “Secular state” means different things to different people. It is surely more useful to tackle concrete issues of interaction of politics and religion and from there evolve just and fair solutions to our problems of peaceful co-operation.

Why I found the disapproving comments by lawyers, particularly of the Christian faith, worrisome is the demonstration of unconscientious cherry-picking of when and how to chant the secular state theory slogan. Although it seems to be the case that it is the Nigerian style, regardless of religious affiliation, that issues of national significance are always left bereft of needed intellectual public engagement. This posture encourages the citizenry to employ persuasive sentimentalism and orchestrated sensationalism without logical basis to score points against each other on issues with polarised views. But I think professionals, and more particularly lawyers, should always strive to rise above such in the interest of building a collective value system that cater for diverse aspirations. The same lawyers that berate the
Supreme Court for favouring a particular religion on the hijab case know that non-legal days called dies non-juris that indicate legal holidays for judges and the court as contained in the various rules of courts up to the Supreme Court include entire weeks beginning with an Easter Monday or a Christmas day. This is just one example out of many clear biases for the Christian faith without logical explanation under the Nigerian law. Problem of space for indepth analysis precludes my further examination on the matter. Suffice it is to say that the hijab decision came out as a result of the invitation of the court’s jurisdiction by a private individual for the protection of their right to religious observance. The court can only pronounce on the merits of the matter before it. Thus, it was not a case of Islam versus all other religions in Nigeria and need not be viewed as such. The decision, for instance, cannot be used to compel a Muslim girl who does not wish to wear the hijab to do so in any public educational institution let alone a pupil or student of any other religious affiliations. But note that non-legal days as I pointed out above are compulsorily observed by all lawyers and judges regardless of religious adherence from time immemorial. Whence then the secular state theory?
In conclusion, I think it is important for all Nigerians regardless of religious affiliations to always try to be objective and dispassionate about issues that by their nature must be susceptible to diverse perspectives such as religion, culture or ethnicity. It is disingenuous, in my view, to instrumentalise religion for personal gains or weaponize religious sentiments that are not shared. A question that begs its answer is – who is likely to be hurt by a Muslim girl wearing hijab in an educational institution? Even in Western contexts such as UK and US, religious headgears for Muslim girls, Sikh students and Catholic sisters in educational institutions are accepted as the norm so much so that the reaction by some Nigerians to the Supreme Court decision may be mistaken for backwardness in this age of rights. For example, as far back as February 25 2015, the US Supreme Court in EEOC v. Abercrombie & Fitch ruled against the retailer Abercrombie & Fitch, 8-1, deciding that the company’s failure to accommodate a job applicant who wore a hijab violated civil rights law. This is not even a government or public institution, and it is in respect of religious observance and the right to work which to me is an essential right but not as foundational as the right to education.

One thought on “The Supreme Court, the Hijab Decision and the Secular State Theory”