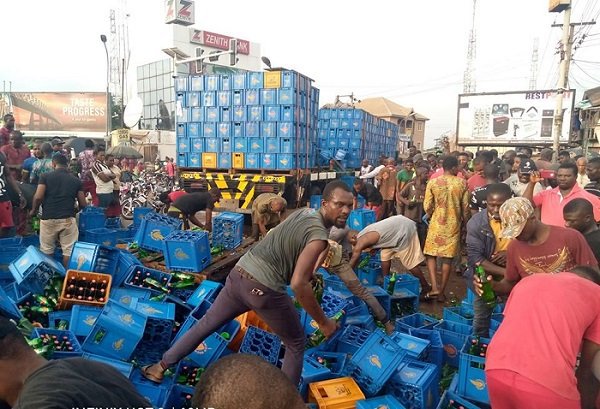 The revelation by the National Law Drug Enforcement Agency (NDLEA) Chairman, Brigadier-General Buba Marwa (rtd) that close to two million Kano residents abuse tramadol, codeine, and other cough syrups, should concern not only state authorities but all stakeholders in the Nigeria project. While the figure may not be as high in other places, it is a notorious fact that substance abuse is a national problem today. Kano also presents a peculiar challenge. “In Kano State, drug abuse prevalence is 16 per cent. That is, in every six persons, one is a drug addict; and they are between the ages of 15 years and 64 years,” said Marwa during a courtesy visit to Governor Abdullahi Ganduje on Monday. “Drug abuse has gone to the level of destroying our families unless it is tackled with all seriousness it deserves,’’ he added.

As shocking as the revelation may seem, Marwa is not the first person to raise this alarm. In September 2015, Mr. Ali Baba Mustapha, then the assistant superintendent in charge of exhibits at the NDLEA Sokoto State Command, spoke about the increasing number of married women taking cough syrups that contain codeine. At about the same time, Daily Trust newspaper published a lengthy feature which revealed how Benylin, Emzolyn, and Asad as well as Rohypnol and Tramadol tablets were destroying families in the region. “There is the case of a new bride whose husband discovered under their bed, a carton of Tutolin, usually abused to induce intoxication and supposedly boost sexual drive,” the newspaper wrote. “Even before then, during the wedding, the loss of a necklace had prompted a search that led to the astonishing discovery that women at the occasion, mostly housewives, had varieties of cough syrup containing codeine in their handbags.”

Even the Senate has had to wade in on the problem. In October 2017, Senator Baba Kaka Bashir Garbai led 37 colleagues to move a motion on the “increasing abuse of cough and prescriptive drugs among the youth and women across the 19 northern states” which he argued “has devastated many upper- and middle-class families in the region.” Available statistics, according to Garbai, revealed that Kano and Jigawa states consume more than three million bottles of codeine syrup daily, while “young girls in tertiary institutions have taken to an alarming abuse of the codeine cough syrup, which is often mixed with soft drink.” The problem, Garbai added, “is destroying even mothers in homes, as they use same codeine and other drugs as an escape from their abusive relationships and invariably get hooked on them.”

Sadly, these revelations have not led to concrete measures to address a problem that threatens the future of our country. The economic desperation of the times we live in and the spread of a mass psychology of hopelessness have combined to create a ready market for illicit substances for a generation of young Nigerians, especially those without education or skills. The problem is compounded by the fact that we live in a country where amphetamine-type stimulants and dangerous over-the counter (OTC) drugs are available on demand. Even the neighbourhood tailor and security guards who run kiosks openly prescribe and sell drugs for all types of ailments—from malaria to cancer. Yet, given the national security challenge we face, the implication of having our young people hooked on drugs needs to be properly interrogated.

Anybody who has paid attention to the experiences shared by victims of kidnapping/abduction must conclude that these criminal elements are acting under the influence of drugs to be as bestial as they reportedly are. On Tuesday, the National Agency for the Prohibition of Trafficking in Persons (NAPTIP) Director-General, Basheet Mohammed added a more sinister dimension by linking the endemic human trafficking in Kano to organ harvesting. “Organs like eyes, kidneys, and lungs are harvested to service the medical needs of Europe,” said Mohammed. “NAPTIP vulnerability index analysis showed that human trafficking is endemic in Kano. Out of the 482 convicted persons by the agency from inception, 110 are from Kano zonal command of NAPTIP, representing the highest in the country.”

I doubt if anybody is connecting the dots. Who in their right mind would engage in such criminal enterprises? As I have argued in the past, even without available statistics to prove the point, there must be a correlation between substance abuse and most of the prevalent heinous crimes we now contend with in Nigeria today. Incidentally, many of our top government officials share that viewpoint without doing anything to address the problem. In their communique following a meeting in Jalingo last month, the North-east Governors’ Forum proffered no solution beyond the usual lamentation despite noting “the negative impact of drug and narcotic substances in the region and the extent to which it fuels the insurgency and other forms of criminality.”

This idea of highlighting what ails us without concrete efforts on how to address such problem is fast becoming a national ideology to our collective detriment. Following the 2018 British Broadcasting Corporation (BBC) documentary, ‘Secrets of Nigeria’s illicit codeine trade revealed’, by Ms Ruona Meyer, the then Senate Leader (now Senate President), Ahmed Lawan lent credence to the nexus between substance abuse and Boko Haram insurgency. “The information I got this morning is that 70% of this codeine that comes into Nigeria finds its way into Sambisa forest and what that tells us is that we have Boko Haram elements who are using this,” said Lawan. “We may even have some of our security agents who are under the influence of drugs.”

Governor Aminu Waziri Tambuwal of Sokoto State recently argued along similar lines. While receiving the Sheikh Ahmed Gumi-led Bandits Repentance Initiative in February this year, he shared a story. “A counterpart of mine, a serving governor, once narrated to me an incidence. He visited a hamlet and wanted to patronise the local women coming back from the market where they had gone to hawk dairy products, and one of them ran away. He asked what the problem was and was told that she (the woman who ran away) wasn’t carrying dairy products in her calabashes but drugs,” Tambuwal recounted. “My colleague told me that much of the drugs used by the kidnappers and violent marauders get to them this way.”

From the foregoing, it is clear that tackling insecurity in Nigeria requires more rigour than what we are seeing from the authorities. Apparently thinking throwing money at every problem offers a solution, you hear of some ‘Safe Corridor’ operations anchored on empowering ‘repentant’ insurgents who are then returned to the communities. But when most of these people are already hooked on drugs, is it not obvious that they will be back to crime the moment they no longer have the means to fund the habit over which they have no control?

In the past, some NDLEA officials have spoken about how these illicit drugs were usually transported in heavy duty vehicles and stuffed between other commodities in what is clearly an organized crime. But nobody has ever been brought to book in Nigeria because the security agencies as well as the institutions responsible for control and regulation are weak and most often compromised. Many of the smaller countries on the continent, including neighbouring Chad, have been more serious in dealing with the supply side of the problem. On 24th July 2020, ten Chadians, including two army generals and a colonel, were sentenced to various terms of imprisonment for their involvement in transnational tramadol trafficking. A year before, in July 2019, two senior officials of their Ministry of Foreign Affairs were also arrested for tramadol trafficking from India through the Benin Republic capital, Cotonou. They were tried and imprisoned. We hope the Nigerian authorities will learn from Chad!

Literature abounds regarding how consumption of psychoactive substances promotes the kind of mindless violence that we see all over Nigeria today. Understanding this relationship and agreeing that we do have a serious social problem with dire implications for our national security will help to design appropriate responses. We must commend Marwa for his campaign against substance abuse that is now prevalent in the country and hope the authorities in Abuja and all the states can see the clear and present danger it poses to the future of our country.

One of the understated ladders to success in professional life in this increasingly competitive world is allowing one’s work to speak for them. And because of that, I have always known that at some point, a global institution would tap from the expertise and strength of character of the Director General of the Nigeria Centre for Disease Control (NCDC), Dr Chikwe Ihekweazu. Incidentally, I told him so in a lighter mood chat in 2019 at Kotoka International Aiprort, Accra, Ghana, shortly before he was reappointed for a second term. Now that the moment has come, I have mixed emotions over his appointment as the Assistant Director General of Health Emergency Intelligence at the World Health Organisation (WHO). While I am happy that the global health institution recognized and is rewarding his talent, I am also quite aware that this is a huge loss for our country.

By every standard, Ihekweazu has been one of the brightest stars of the Nigerian public space in the past five years. It is my hope that in the two months that he has left before resuming at WHO, President Muhammadu Buhari who appointed him will find a similar replacement at the NCDC.

Meanwhile, the infectious disease epidemiologist, according to the WHO Director General, Tedros Ghebreyesus, will “lead the work on strengthening pandemic and epidemic intelligence globally, including heading the WHO Hub for Pandemic and Epidemic Intelligence in Berlin.” Ihekweazu will be at home not only because he was born in Germany but also because he has in recent years led several short-term assignments for WHO, including being a member of the WHO-China Joint Mission on COVID-19. At home, he has helped to make the NCDC more alive to its responsibilities. It is indeed to his credit and that of others that Nigeria has managed the pandemic better than most countries despite our glaring shortcomings. As he therefore goes to Berlin, I wish Ihekweazu all the best in his new assignment.

The murder, last Sunday, of Abdulkareem Na’Allah, son of Senator Bala Na’Allah, is another sad reminder of the level of insecurity in the country. The killers, according to a statement by the Senator, “simply gained access to his (Abdulkareem) house through the roof and strangulated him to death.” Nothing can be more tragic for any parent than to lose a child in that circumstance. More depressing when that child happens to be a successful one in his thirties. But Na’Allah has taken the tragedy with uncommon grace and a strength that can only come from total submission to the will of the almighty. His public posture is no different from what he has been saying privately to his friends.

While I commiserate with Senator Na’Allah and his entire family as I pray God to grant them the fortitude to bear this huge loss, the authorities must get to the root of this murder. Anybody that would go through the roof of a house to get at their victim before subjecting him to such a gruesome death must have a motive. And this kind of murder is becoming all-too frequent, perhaps because culprits are never brought to book.

The essence of crime investigation and diligent prosecution of culprits is not only to ensure justice for victims but also to deter other potential criminals. And in the past, in this same country, no matter how clever they thought they were (like Jimoh Ishola Adeyemi aka Ejigbadero and others), the authorities always got and brought them to justice. Conversely, where criminals know they can easily get away, as it is the situation today in Nigeria, nobody is safe!