The trouble with revenue allocation 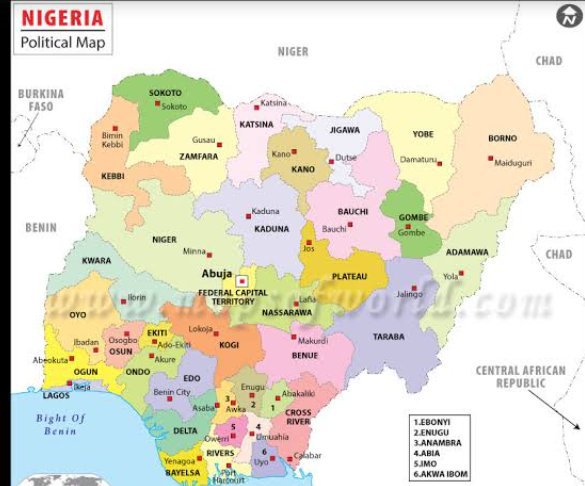 As we speak, the Revenue Mobilisation Allocation and Fiscal Commission (RMAFC) — set up in 1989 to, among other functions, “review, from time to time, the revenue allocation formulae and principles in operation to ensure conformity with changing realities” — is consulting round the country to do a tough job: review the revenue allocation formula. Ever since the Phillipson Commission on Revenue Allocation was set up by the colonial government in 1946, every attempt to review the formula has always been controversial, pitting one part of the country against the other. You definitely know why: revenue sharing could be a zero-sum game where “your gain” is “my loss”.

The law setting up RMAFC provides that the revenue formula can be reviewed every five years, but nobody has touched it since 1992 when the current one was put in place by the military government. In essence, we have been using the same formula for nearly three decades despite the increase in number of states from 30 to 36, councils from 589 to 774 and population from 88 million over 200 million. That is why I pity Mr Elias Mbam, the RMAFC chairman, who has entered a terrain that angels have carefully avoided. Let us remember the gentleman in our daily prayers. Anyone familiar with the history of revenue allocation in Nigeria knows that this is a tricky assignment.

There are two fundamental aspects to revenue allocation in Nigeria: (1) vertical (2) horizontal. Vertical is the sharing of federally collected revenue among the three levels of government: federal, state and local. The current formula allocates a whopping 52.68% to the federal government. (Actually, it is 48.5%. FG manages the rest on behalf of the federation: 1% for general ecological problems, 1% for the FCT, 1.68% for the development of natural resources, and 0.5% as statutory stabilisation for the “rainy day”). The 36 states put together share a total of 26.72% — about half of what the FG alone takes. The local councils — 774 of them — share the remaining 20.60%.

The more controversial formula — the one that easily excites ethnic champions because it readily inflames regional passion — is the horizonal sharing of 26.72% by the states. The formula, deeply steeped in controversy since 1946, is currently pinned on five principles: (1) equality of states, 40% (2) population, 30% (3) landmass/terrain, 10% (4) internal revenue effort, 10% (5) social development effort, 10%. This formula is different from the 13% derivation paid to mineral-rich states and is not part of the horizontal sharing of 26.72%. It is also different from VAT revenue, from which the 36 states take 50% while the federal government collects 15% and councils 35%.

The first horizontal principle says all states are equal and should equally share 40% of the 26.72%. If 26.72% comes to N100, for instance, states will share N40 equally. That is N1.11 per state, no matter the size. The second principle says population will determine the share of 30%. That is, N30 out of the N100 will be shared on population basis. By the indices used in the FAAC methodology, that means while the most populous state will take 16 kobo from the N30, the least populous will receive 3 kobo. Since the north is more populous according to census data, this principle is often criticised by southerners who think that the 19 northern states all get more than the 17 southern states.

Every national census conducted by colonial, civilian and military governments since 1952/53 always concluded that the north is more populous — although southerners insist the figures were rigged, that there should be more people in the “coastal south” than the “arid north”. I can’t examine that today. However, why use population at all as a revenue-sharing principle? The logic, I think, is that if you have more people, you need more money to provide amenities. It would be more expensive to cater for a village of 1,000 compared to a village of 500. Remarkably, population has always featured in recommendations by all commissions and committees since 1946. There must be some sense in it.

Another controversial principle is the 10% shared among states on the basis of landmass. This 10% is further divided into two: landmass 50%, terrain 50%. Landmass is how big the state is in proportion to the size of the country while terrain covers the wetlands/waterbodies, plains and highlands. Like the population principle, the landmass logic is that if you have more land, you will need more money to build roads, run electric cables and lay water pipes in your towns and villages. That means a 76,000sqkm-state is expected to spend more on providing these amenities compared to a 10,000sqkm-state. It should, ordinarily, cost you more to maintain a duplex than a bungalow.

Clearly, the landmass advantages northern states, which occupy about 70% of Nigeria. The 13 biggest states by land area are all in the north. Conversely, the 15 smallest are all in the south. But those who came up with the landmass principle also tried to balance it by providing for wetlands, which are more evenly spread, as well as highlands and plains. In fact, the Niger Delta is the largest wetland in Africa and has the third largest mangrove forest in the world. They benefit more from the terrain principle than any other part of Nigeria. But on the whole, landmass/terrain favours the north, even if it can be argued that a bigger landmass comes with more challenges and more needs.

As an aside, the story behind the landmass principle is amusing. It was introduced by President Shehu Shagari in 1981 allegedly to break the ranks of the opposition alliance against his government. The Great Nigeria Peoples Party (GNPP) and the Peoples Redemption Party (PRP) had allied with the Unity Party of Nigeria (UPN) in the National Assembly. When Shagari introduced landmass into the formula, GNPP and PRP broke ranks with UPN and supported it. Why? GNPP controlled two states with large landmass — Borno (now Borno and Yobe) and Gongola (now Adamawa and Taraba). PRP also had two big states — Kaduna (now Kaduna and Katsina) and Kano (now Kano and Jigawa).

The biggest losers were the Igbo states with little landmass. Chief Sam Mbakwe, then governor of Imo (now Imo and Abia), spoke furiously against it. UPN-controlled Bendel (now Edo and Delta) eventually got the formula quashed by the Supreme Court by faulting the process — but IBB brought landmass back into the equation in 1991/92. Unfortunately, space constraint will not allow me to go into the other controversies that have surrounded revenue allocation since 1946. It is not something I can do within this little space. But, generally, people take positions based on their perceptions of who gains and who loses, although most agitators just parrot them without examining the facts.

In politics, self-interest is legitimate. That is a given. The problem is when arguments are packaged emotionally rather than scientifically. That is why the quality of public debate in Nigeria is depressing. People can legitimately ask: why share revenue in a federal system? It is not peculiar to Nigeria. We cannot unilaterally re-define federalism just to win a debate. One rationale for adopting federalism is to consolidate resources. The US, the world’s oldest federation, was founded by 13 former British colonies primarily to combine military resources to be able to withstand external aggression. Federalism, in practice, combines independence with inter-dependence.

That is why federalism scholars talk about “fiscal federalism” — a system of allocation of revenue handles to promote even development in a federation. (In Nigeria, though, “fiscal federalism” means “kill and eat alone”). Fiscal federalism robs Peter to pay Paul in order to promote a fiscally balanced federation in the interest of national development. No part should be too rich and another too poor. Without balancing, one part will inevitably retard national development. Major federations, including the US and Germany, use federal transfers to address the imbalance among the states. Federal redistribution is nothing special to Nigeria; it is, in fact, a common feature of federalism.

But this is the bottom line for me: federation allocation should be just “pocket money” for the states. It is supposed to be a minimum. The real deal is for the states to generate internal revenue that is far more than the allocation. As a rule of the thumb, I would say a state should aim to generate internal revenue that is at least double its monthly allocation. But it takes a lot of thinking, planning, commitment and discipline. Who has patience for that? Only Lagos generates more IGR than its allocation. Some states depend as much as 95% on FAAC. Federation allocation has become the be-all and end-all. We have normalised the abnormal and standardised the substandard.

Meanwhile, if Mbam can get the stakeholders to agree to a new formula, he should get a Nobel Prize for something. Revenue allocation is a very sensitive issue that is fuelling a sense of injustice and increasing agitations for balkanisation. It is important to use this review process to shed light, clear doubts and build consensus on key issues. It is not just about how to share revenue in a more equitable and agreeable manner but also raising much more revenue at federal and state levels. Chief Obafemi Awolowo, the sage, reportedly said in the 1970s: “There can never be peace in a kennel where there are three bones to four dogs.” That is precisely the real trouble.

AND FOUR OTHER THINGS…
MAIMING MALARIA

When I was a little boy, there was hardly any month that I did not come down with malaria, obviously because of my blood genotype. My grandmother — God rest her soul — was so worried over me. She did everything possible to keep me alive and healthy. I remember the “10-hour” malaria syrup that tasted exactly like poison. I also drank all kinds of herbs water. I think I “outgrew” malaria when I clocked 11. Every year, the disease kills 250,000 African children. You can imagine my excitement that there is now an effective vaccine for malaria after 30 years of research. I just hope and pray that conspiracy theorists will allow Africans accept the potentially life-saving jab. Amen.

My condolences to the family of Chief Ladi Williams, the senior lawyer who died last week from COVID-19 complications, despite having been fully vaccinated. This is good news for the anti-vax movement. They will seize this opportunity to continue their disinformation campaign. However, statistically, the advantage still lies with vaccination. The fact that new variants are coming up means even those double-vaccinated should keep taking all possible precautions, especially if they have underlying conditions. Typically, the World Health Organization will approve a vaccine with 50% efficacy — which is way better than zero percent protection without COVID jab. Science.

TOO YOUNG TO DIAL

There has been an outcry over a section of the revised SIM registration regulation by the Nigerian Communications Commission (NCC) which excludes under-18s. Dr Ikechukwu Adinde, NCC spokesperson, has clarified that the limit is contingent on the constitutional provision which makes 18 years the age of consent in Nigeria. Actually, this is not peculiar to Nigeria. In the US, for instance, the age to enter into a phone contract is also 18. The way round it is for the parents/guardians of a child to register the phones in their own names. This is not peculiar to telecoms: you cannot open a bank account or get a driving licence until you are an adult. And 18 is the adult age in Nigeria. Legal.

Since I joined WhatsApp, my life has increasingly revolved around the app. It has largely replaced phone calls, text messages and even emails for me. I am a member of many WhatsApp groups. Some of those groups are worthless, with all sorts of unverified and provocative materials being posted by insensitive members. I usually exit such groups or go mute. However, I have found some groups very helpful, educative and productive — with a lot of intelligent and measured discussions on national and international issues. On Tuesday when the app went down for six hours, it was as if the world would end. I learnt something: to spread my risks and stop being dependent on one thing. Lessons.