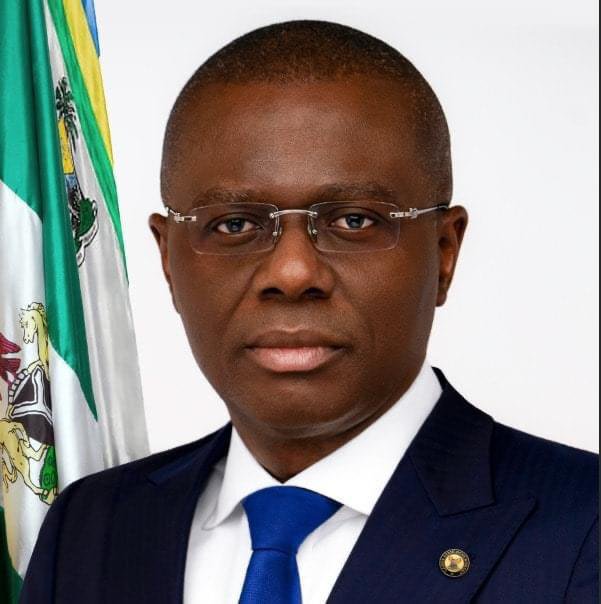 Claim: A viral message with the title ‘DON’T ARREST ANY MOTORIST, SANWO-OLU WARNS LASTMA’ – has been trending on many platforms especially Whatsapp.

Verdict: Lagos Governor Babajide Sanwo-Olu did not warn the Lagos State Traffic Management Agency (LASTMA) not to arrest motorists. He only ‘advised’ the officials to be civil in their interaction with the residents. The viral message resurfacing in 2021 is fake.

A viral Whatsapp message resurfaced on social media platforms recently especially Whastapp to the effect that Sanwo-Olu warned LASTMA officials not to arrest motorists because their duty is to manage traffic.

The message also added that any official who violates the ‘order’ will be severely dealt with.

“…Henceforth no LASTMA Officials should arrest any motorist, either commercial or private. The duty of LASTMA is to manage traffic and not to arrest anyone. I have heard alot of complaint, any Officials that violate the rule of his work, will be severely dealt with.”

But what did Sanwo-Olu tell LASTMA?

According to a report by The Nation in December 2019, Sanwo-Olu on Tuesday advised Vehicle Inspection Officers (VIOs) and Lagos State Traffic Management Agency (LASTMA) officials to be civil in their interaction with the residents.

Speaking at the inauguration of the Lagos Vehicle Inspection Service headquarters, Sanwo-Olu said his administration did not want anybody to be molested during enforcement of traffic and transport laws.

He said his administration wanted civilised officers because that was he promised Lagosians.

The Governor said to ensure that officers did not molest any resident; they would be equipped with handheld devices to capture vehicles that contravened the law, “so that LASTMA officials will have less physical interaction with offenders.”

He added that the government did not want officers running after motorists, who contravened the law.

A tweet that was originally posted by the Senior Special Assistant (SSA) to the Lagos State Governor on New Media, Jubril A. Gawat last year February contained the screenshot of the ‘fake news,’ which quoted the Governor saying LASTMA was not empowered to arrest traffic offenders.

The rejoinder from the Governor’s aide laid the matter to rest.

What are the functions of Lagos State Traffic Management Authority (LASTMA)?

Lagos State Traffic Management Authority is a Lagos State-owned agency under the Ministry of Transportation.

The agency was established on 15th of July, 2000 to transform the state transport system to ensure free flow of traffic in the state and also reduce road accidents.

Here are the responsibilities and duties of LASTMA;

· Control, management and regulation of traffic-related matters within Lagos metropolis

· Install and maintain traffic control devices on the highways

· Relate with other traffic management agencies

· To develop a culture of regulation, control, and management of traffic operations statewide;

· Co-operate with bodies agencies or groups engaged in road safety activities or in the prevention of accidents on the highways;

A top LASTMA official who does not want his name in print, told The Nation that the viral message is fake.

He said: “This particular message comes out every year, and people spread it around on Whatsapp, they even put Sanwo-Olu’s picture where he wore LASTMA uniform alongside the post”.

LASTMA, in a statement obtained by The Nation, explained its powers under the relevant provisions of the Lagos State Traffic Laws of 2012 (as amended) to impound any vehicle and apprehend recalcitrant motorists who contravene any section of the law.

General Manager, LASTMA, Olajide Oduyoye who had also reacted to the viral broadcast explained that the primary duties of the agency included traffic control and management.

Oduyoye said this includes the arrest of recalcitrant drivers as stated in the law setting up the agency.

He said this same law was reviewed by Lagos House of Assembly in 2018 principally with that of the Lagos State Vehicle Inspection Service, adding: “Therefore the Governor who is our number one law abiding citizen and law enforcement officer in the State would not flout the law let alone provide the opportunity for others to do so.”

Oduyoye enjoined law abiding citizens of Lagos State and drivers that come into the State to at all times adhere strictly to the traffic laws to avoid paying the consequences of flouting it.

According to him: “We must all have a change towards positive attitude of obeying the Laws of the State which were made for the benefit of all, for orderliness and for fast paced socio-economic improvement of individuals, corporate entities and generality of the people.”

The viral broadcast, which seems to be a recurrent message especially on social media platforms including Whatsapp stating Sanwo-Olu has warned LASTMA) not to arrest motorists, is fake.

Checks by The Nation revealed that Sanwo-Olu only ‘advised’ the LASTMA officials to be civil in their interaction with the residents.