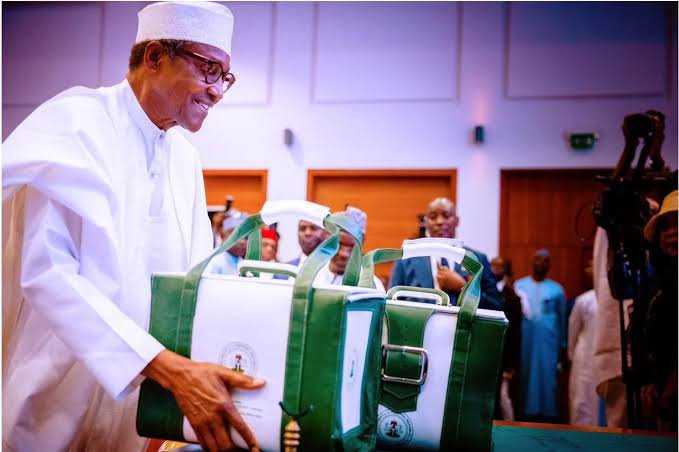 How will the presidential candidates resolve the debts and budget deficit puzzle? Victor Opatola asks

The major presidential candidates have addressed economic and development plans, but have failed to explicitly address the issues of debt and budget deficit in Nigeria. From Labour Party, Peter Obi; All Progressives Congress (APC), Bola Tinubu, and Peoples Democratic Party (PDP), Atiku Abubakar have all not provided a clear-cut roadmap for tackling debts and budget deficits. How do they intend to reduce the back-breaking debt that Nigeria is currently under and how will their policies impact on the current Nigeria’s budget deficit? These are salient questions, that moving forward, they need to focus in aligning with the anticipated right policies and politics. Debts and budget deficits are Nigeria’s unfavourable nemesis, and there is an urgency to trim them down. It is therefore, incumbent that all presidential candidates should be made to address the looming debt and budget deficit issue. A good look at the plans of the leading candidate shows the inclination of expansionary fiscal policy, which may likely lead to further borrowing; spending and budget deficit.

Deficit reflects the annual amount the government need to borrow, and it is primarily funded by selling government bonds (gilts) to the private sector. Nigeria’s debt profile stands at least N41.60 trillion, with a debt to GDP ratio projected in the north of 39% by the end of 2022. Most shocking has been the fact that the economic policy proposal of most candidates is hinged on the private sector, same private sector that can be “crowded out” by ineffective federal government debt and budget deficit policy.

Worst still, none of the candidates has displayed coherent, transformative and innovative economic ideas that will rescue Nigeria from the economic realities of her debt and budget deficit addictions. Budget deficit is a situation where government spends more than it earns or plans to spend in excess of its revenue, and never a right policy if Nigeria intends to grow economically.

Contrary to popular belief, budget deficit and debt are not new, they all date back to colonial legacies bequeathed to the Nigeria in her early years of formation. This can be traced back as far as 1920, when external loan was used to finance the country’s budget. The first set of foreign loans was received in 1923/24 fiscal year, to the tune of £5,700,000 at two and half interest rate per annum repayable within 20 years. By the end of 1952/53 fiscal year the country had incurred £21,238,000 in external debt. It is good to note that by 1955, the 4,180,000 loan secured was repaid – meaning that Nigeria went into Independence years with an estimated £17,050,000 external debt. This does not account for internal debt. The first Internal loan was secured in 1946/47 to a tune of £300,000.

After Independence, Nigeria became addicted to securing loans to fund its deficit, albeit without restraint and went into a debt orgy. Yet, a cursory look at the Nigeria budget from 1965 till date, one thing is certain; the bulk of our public expenditure has not been directly productive. Since 1980 till date, Nigeria has only balanced her budget four times. These four times being 1980, 1981, 1995, and 1996. During these our periods, government account balance was N0.603 billion, N0.118 billion, N1.01 billion and N32.05 billion respectively. This shows that despite all the period when the country had serious oil windfall in funds, it still ran deficit.

Successive governments have been overspending their revenue. Currently, our budget deficit has exceeded the three percent bench mark by the Fiscal Responsibility Act. The International Monetary Fund (IMF) indicated that sustained budget deficit has been the chief driver for inflation, interest rate and macro-economic considerations in developing nations. The debt and budget deficit discussed above does not take into consideration various state debts and budget deficits. Our recurrent expenditure is spiraling out of control and our capital expenditure is not efficiently allocative to critical infrastructure that will engineer growth and economic development. These are pointers to the current and future economic quagmire the country is likely to be bedeviled with.

For Nigeria, it can be argued that the budget deficit experienced in the country is as a result of improperly anchored macro-economic policy; this is because both the Keynesian and neo classical school believes that fiscal deficit can spur economic growth if effectively harnessed, financed and such debt reduced; with a threshold.

Nigeria’s 2023-2025 Medium Term Expenditure Framework (MTEF) and Fiscal Strategy Paper (FSP) has revealed that the federal government will spend N6.31 trillion on debt servicing in 2023; which amounts to about 74.6% of the government’s projected revenue of 8.46 trillion for the year. Obviously, a high and rising national debt requires increased government interest payments to service it, and in dollars. Each dollar spent on interest to service a loan, is a dollar made unavailable to spend on other priorities such as health care, education, housing initiative, etc. IMF recently warned that failure of detailed debt planning may lead to debt service gulping the country’s entire revenue by 2026. In January, Fitch Ratings also published a report warning that “Nigeria’s Deficit Monetisation May Raise Macro-Stability Risks”.

Going into the 2023 elections, Nigeria needs real leadership in order to address our perennial debt crisis and budget deficit issues. Nigeria faces a record amount of deficit in 2023 and a growing debt that threatens to send her into bankruptcy and loan default, presidential candidates need to analyze their policy documents to factor in the implications of budget deficit and debts.

They need to make a public commitment to a balanced budget and reduced debt profile; by coming up with a concrete debt and budget deficit reduction plan. An effective deficit reduction plan should include several means of tightening tax loopholes, controlled spending and increasing revenue, laced with an overall cap on discretionary spending and cutting frivolous office pecks of government officials.

Candidates must state in their policy documents how they will ensure that stringent measures are put in place to combat the violation of the ways and means advances law, which allows Central Bank of Nigeria (CBN) to finance deficits in the government budgetary operations to a maximum of 5.0% of the previous year’s actual collected revenue. The money is expected to be repaid as soon as possible and, at best, be repayable at the end of the year it was granted. The federal government often violates this law due to its inability to liquidate the borrowed funds from the CBN within stipulated period. How will Obi, Tinubu and Atiku resolve the debts and budget deficit puzzle? With 2023 presidential polls underway, now is the time for the presidential candidates to reset that conversation.

Opatola, a legal practitioner and policy analyst, writes from Abuja