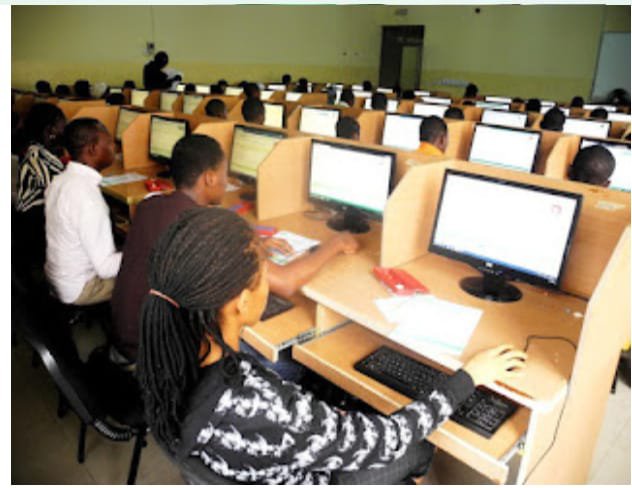 By : Frank Ikpefan, Abuja
The Joint Admissions and Matriculation Board (JAMB) has warned candidates of the 2022 Unified Tertiary Matriculation Examination (UTME) not to divulge their codes to third parties as fraudsters could use them to manipulate their profiles to their own detriment.

The Board also appealed to non-candidates to stay off registration centres during the exercise.

It urged parents to allow their children to read the registration instructions and follow them appropriately.

The Board said the registration exercise has been mostly successful, adding that 99 per cent of problems encountered by candidates were self-inflicted because they played into the hands of fraudsters.

JAMB Registrar, Prof Is-haq Oloyede said this during the monitoring of the registration exercise in JAMB’s Computer Based test Centre in Kogo, Bwari Area Council on Thursday in Abuja.

Oloyede said the Board has registered over 500,000 candidates for the examination slated for 6th to 16th of May this year.

He said JAMB’s target is to register 1.5 million candidates before the March 26, 2022 deadline.

To achieve this, Oloyede said the board plans to register at least 50,000 candidates per day, saying JAMB has succeeded in registering about 70,000 two days ago.

The Registrar said: “So far so good, we have registered over five hundred candidates. We are expecting about 1.5 million or thereabout. We still have more than twelve days to go. And if things continue to move smoothly, we plan to register 50 thousand per day.

“I am happy you were able to talk to candidates who had problems. You saw that 99 per cent of the problems are self-inflicted and it is because they play into the hands of fraudsters.

“You can see the gentleman who said he was just a do-gooder and was doing the wrong thing on their profile. He will cease the profile and they will go back to check, blackmailing them.”

Speaking on the quality of CBT test administered by JAMB, he said: “Which of the biometric centres are they using that is as good as this one you have seen here? And yet we do it at N3, 500 yet people are still not complying with simple instruction. You can see that everything is going on well.

On those whose Subscriber Identification Module (SIM) are missing, he said JAMB is doing something about it but cautiously, in order not to open up candidates to manipulation by fraudsters.

He said the Board is working with telecommunication companies to ease the process.

The JAMB boss said: “We are working with the telcos in such a way that when that happens, we are putting a system in place, telephone update, where you would use your thumbprint to show that it was the same thumbprint then we would allow the system to change to another SIM for you.

“But if at the point of testing your thumbs, the fingerprints are not coming up, we would leave you to go back and get your welcome back.

“We are doing this but we have to do it with caution because that can open students to unnecessary exposure of their personal data.

“We are not asking them to wait, we are saying, we are looking into the possibility of what we can do. He added that JAMB will talk to all agencies involved in the registration process as if you register in your name, it is beyond JAMB, because every candidate has been marked, not only with the registration number but with the phone.”

He said the Board has found three or four e-pin vendors wanting and are currently undergoing interactions with the appropriate office, adding that some of the directors are interrogating the vendors and once JAMB is convinced that they have done the wrong thing, it would blacklist the agents and also warn the vendor.

The Registrar said the new method of filling and submitting hardcopy forms was introduced because candidates come and waste a lot of money trying to change or correct their names, adding that “when you ask them, they say though I approved of it but I was not the one who typed.”

He added that after filling the form, candidates must confirm that everything is right and the form would be uploaded in the candidate’s handwriting.

This, the Registrar explained, was responsible for the double screens at its registration centres.