Untold Story Of How Lagos Building Collapsed On Victims During Sex 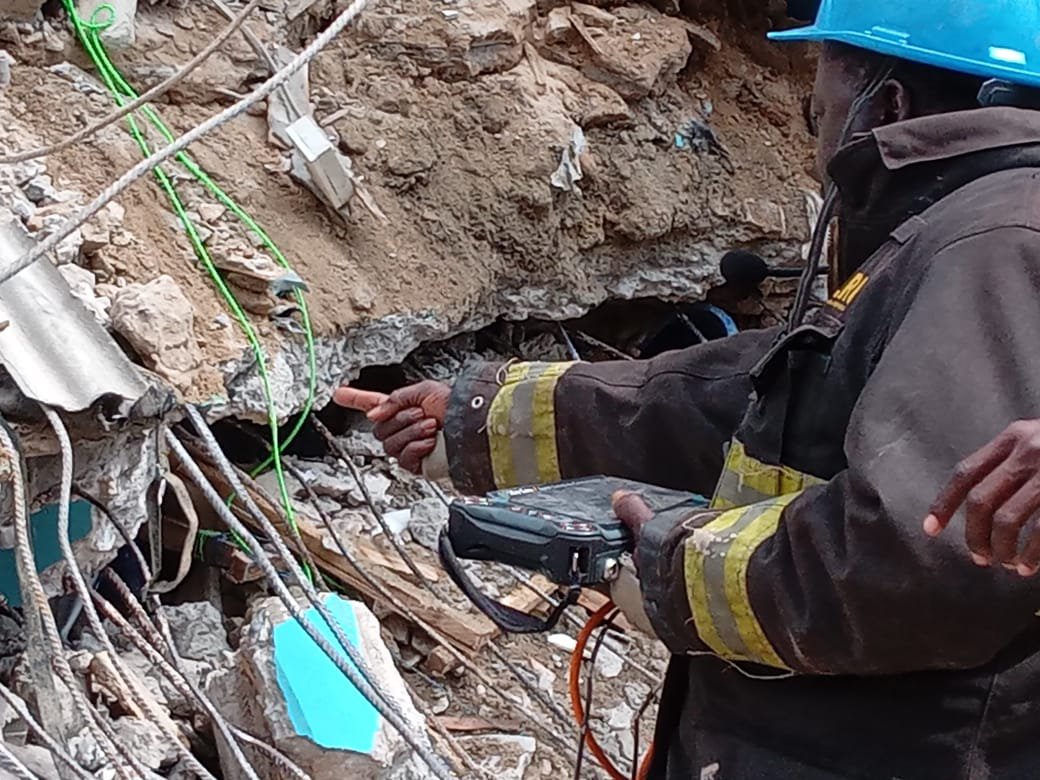 By
Abdullateef Aliyu
Fresh facts have emerged on the most recent incident of collapsed building in Lagos State.
Daily Trust reports that the house located at 2/4 Oye Sonuga Street, Palm Avenue, Mushin, caved in on Friday, killing four persons.
Niger road collapses twice in one week
Emergency officials who spoke off the record told Daily Trust that two of the victims – a male and female – were engaged in intercourse when the incident happened.
“In fact they were naked when their bodies were recovered,” one official told our correspondent pleading anonymity.
As of Friday, the emergency responders from the National Emergency Management Agency (NEMA), the state emergency management agency (LASEMA) and the Fire Service had reached ground zero with four bodies recovered while one person was rescued.
The victims were said to be prostitutes and their ‘clients’.
Another official who spoke on the condition of anonymity because he was not authorised to talk to the press, said, “We were shocked by what we saw at the scene. The last two victims whose dead bodies were recovered were actually having having sexual intercourse. The man was on top of the prostitute when the building collapsed. They both died.”
Another official said, “The place was used as a Club House/Motel and the female victims were actually prostitutes; the last female we recovered was with a man. They were having a nice time when we recovered them.”
As of the time of filing this report, the families of the victims were yet to be found.
“We have to reach out to their colleagues there who are all prostitutes to get information on the victims’ families,” the source said.
LASEMA said the recovered bodies, which comprised of two adult males and two adult females, “were dug up from beneath the rubbles of the collapsed portion of the 3-storey building after the Agency deployed its sophisticated echo and life detection equipment which pinpointed exact location of the trapped victims, while the light and heavy equipment were deployed in accordance with the path that was charted by the echo machine.”
Okunbor Nosa, spokesman of LASEMA, in a statement said the collapsed portion of the old house was recently constructed and attached to the original structure said to be over 40 years old.
The state Commissioner for Physical Planning and Urban Development, Engr. Omotayo Bamgbose-Martins, who visited the scene directed that the adjoining building be pulled down immediately to forestall further collapse.
LASEMA statement added that the State Building Control Agency (LASBCA) and the Materials Testing Laboratory, have been directed to unravel the immediate and remote cause (s) of the collapsed building.
Credit: Daily Trust