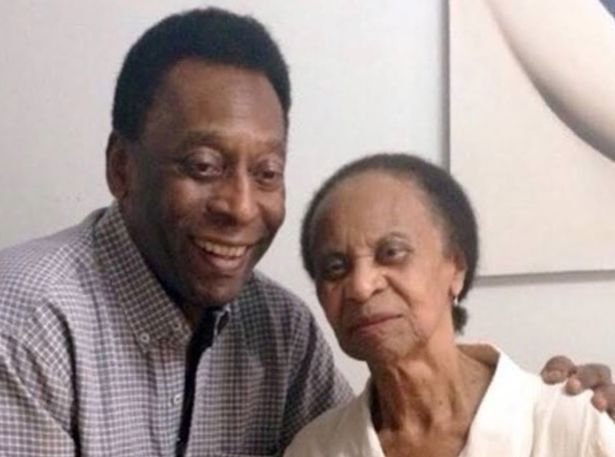 Pele’s mum is unaware the soccer legend has died, his sister has revealed.

Maria Lucia do Nascimento looks after their mother Celeste, who has just turned 100 and whose home is said to be on the route funeral organisers have planned before the football star is laid to rest in the world’s tallest cemetery.

Overnight it emerged Pele’s only surviving sibling has yet to tell the matriarch her famous son has lost his fight against colon cancer. She said in an interview in her homeland: “We talk but she doesn’t know the situation. She’s in her own world.”

Referring to the three-times World Cup champion by his family childhood nickname of Dico, she added: “She opens her eyes when I mention his name and say, ‘We’re going to pray for him’ but she’s not really conscious of what I’m saying.”

Pele’s mum, who recently turned 100, is unaware the soccer legend has died

Pele died at Sao Paolo’s Albert Einstein Hospital on Thursday from multiple organ failure linked to his long battle against colon cancer. His mum celebrated her 100th birthday last month, with her son recording the special moment on Instagram.

He wrote alongside a photo of him with his arms around his loved one: “Today we celebrate 100 years of Celeste’s life. From a young age she taught me the value of love and peace. I have well over a hundred reasons to be thankful for being her son. I share these photos with you, with great emotion to celebrate this day. Thank you for every day by your side mum.”

Pele is due to be buried in a 14-storey cemetery in the centre of Santos where he played most of his club football on Tuesday following three days of official mourning. His body will be taken from the hospital where he died to the Vila Belmiro Stadium in Santos where members of the public will be able to pay their final respects.

It will remain on the centre circle for 24 hours before he is taken through the streets of his home city to stop briefly outside his bed-bound mum’s home according to local media. He will then be taken to his final resting place at the Memorial Necropole Ecumenica, which received the Guinness World Records title for the tallest cemetery in the world.