Shocking! Policemen from station where Lagos lawyer was shot caught drinking on duty 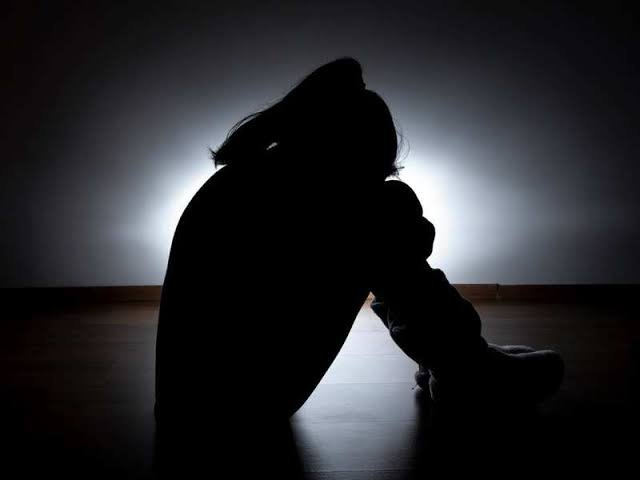 A 17-year-old girl has narrated how her biological father started sleeping with her and molested her for seven years since her mother packed out of her father’s house due to irreconcilable differences.

The young girl said her father, a 45-year-old school teacher, Nelson Akinsowon, started sleeping with her at age ten and explained that her father used to sleep with her anytime he was drunk.

According to the teenager, ”My father is a Secondary School teacher. He has been sleeping with me since 2014 when I was 10 years old till July, last month.

“My mother is no longer staying with us because of her health issues and my father married another wife. My father’s wife preaches to me about keeping myself from men until I am married, not knowing that my father has been sleeping with me.

“I could no longer bear it and there was nobody I could tell this to because he always threatened to kill me if I exposed his actions. This made me run away from the house till I was invited by the police to come to the station.”

Meanwhile, the police in Ondo State have arrested Akinsowon and he has been taken to police custody in Ondo town, headquarters of Ondo West Local Government Area of Ondo State.

A source informed that the man was arrested after her daughter reported to family members that he routinely had sex with her for seven years.

The suspect, Akinsowon, however, denied the allegation, saying, “It was her mother that cooked up the story against me just to tarnish my image in the society because she is no longer staying with me as my wife. I never slept with my daughter.”

The State Police Public Relations Officer (PPRO) Funmi Odunlami who confirmed the arrest of Akinsowon said the investigation has commenced into the matter and assured that the command would get to the root of the matter despite the fact that the suspect has denied raping or having carnal knowledge of his daughter.